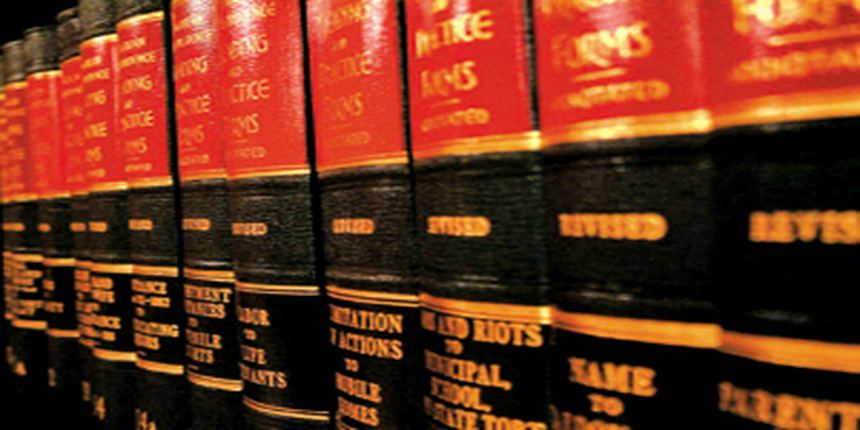 LAW graduate Anant (name changed) completed his law degree at a reputed college in Goa in June 2012. But instead getting a full-time job, where he would be able to learn under a senior lawyer, he is marking time as an “intern” in Delhi. “I am unable to get the Certificate of Practice without passing the All India Bar Exam, and my work as an intern will not count in my experience of work,” he shares. This year, the All India Bar Exam (AIBE) will be held on November 25, 2012, and the time lag between finishing studies and giving AIBE, has made life uncertain for law graduates.

Purpose of exam
Conducted by the Bar Council of India, the All India Bar Exam is an eligibility exam for any law graduate to be able to practise in law in India. According to the Bar Council of India, the exam is intended to “assess capabilities at a basic level and set a minimum standard for admission to the practise of law; it addresses a candidate’s analytical abilities and basic knowledge of law”. Upon successfully passing the Bar Examination, the candidate becomes entitled to a Certificate of Practice, which is issued by Bar Council of India within 30 days of the date of declaration of results. All students graduating from the academic year 2009-10 onwards need to clear AIBE in order to practise law in India.

’Pass or fail’ test
The first edition of AIBE was held on March 6, 2011, and it has been conducted three times to date. The Bar Council of India’s objective for conducting this exam is to examine a candidate’s capability to practise the profession of law in India. The Bar Council of India aims to conduct the test at least twice each year, and publish the syllabus at least three months prior to the scheduled date of examination. This is a pass or fail exam, with no ranks, percentile, percentages or marks being declared. Also, there’s no limit to the number of times you can appear for the test. And once you clear the test you will get the eligibility certificate to practise in courts. The minimum marks to be secured to become eligible to clear the exam is determined by BCI.

Plight of students
In 2012, the exam which was supposed to be held in May or June, has been postponed to November, thus putting law graduates who passed out in June 2012, in a fix. BCI has stated administrative issues as the reason for this delay. Since the exam is to be conducted on a large scale BCI wanted to finalise an agency that will conduct the AIBE every year. The Council has now hired a Noida-based IT implementation and delivery company for help, because none of the tendering third party agencies to conduct the exam were finalised. Rainmaker, BCI’s previous AIBE contractor will not be conducting the exam this time round. “Though we got the permission from BCI in August to practise in courts for a period of six months without clearing the AIBE, even that is too late. Now, everything is uncertain,” shares a student from Government Law College, Mumbai. BCI had allowed students in August to practise in courts temporarily for six months.

Objective of exam
Some like Anand Prakash Mishra, Programme Associate, Jindal Global Law School, questions the need to introduce such a test in the first place. “Conducting this exam indicates that you have no faith in the degrees given by your own institutes. For law graduates from a good institution, clearing this exam is nothing,” he shares. However, Ravi Pande, Assistant Registrar, National Law Institute University, Bhopal has a different view. “The number of law graduates in the country is increasing rapidly every year and because of this the number of half-baked lawyers is also increasing. Some kind of filtering is required to bring quality in law field like other areas,” he adds. Biri Singh Sinsinwar, Advocate member, Bar Council of India feels that the exam is required to help more capable candidates get the best opportunities. “But I think the exam should be made mandatory for law graduates before their enrolment in the state bar councils,” he suggests.

Sudden fee hike
In October 2012, the fees were increased from Rs. 1300 to Rs. 1900 (excluding SBI charges) for first timers. For those who have registered previously and are retaking the exam, the fee is Rs. 1,400 as compared to Rs. 900, earlier. “Since there’s no limit on number of attempts, many unsuccessful candidates will sit for the exam again and again, which provides BCI with an opportunity to earn more. Smells like a money-making racket,” says Anand.

Some students and faculty question the credibility of the exam. “The All India Bar Exam is actually too easy! During our course we go through rigorous training. And when we acquire our degree, we are asked to write another exam of no standard,” says a law graduate from Goa. “The All India Bar Exam is an extraordinarily ordinary exam. It is more of an elimination process than a selection process,” says V Seshaiah Shastri, Professor and Additional Dean, Faculty of Law, National Law University, Jodhpur. “This exam definitely holds relevance. But to solve problems of the field, this exam is certainly not an answer in its current format,” he adds.

Another faculty member of a premier law institute feels that the Bar Council should redesign the examination as the current standard is very low. “The Council should ask itself about the basic requirement for law graduates to join the profession,” he shares.

The general view amongst practising advocates is that the examination is a good beginning to help filter professionals in the area of law. However, they doubt whether it will fulfil the purpose due to the current standard of the All India Bar Examination.