The journey of Indian law schools from 'institutionalised mediocrity' (a term used by our former Prime Minister, Manmohan Singh) at a major conference on legal education some years back) to becoming centres of excellence in professional higher education has been fast. In just a decade or so, law has emerged as a sought after career. 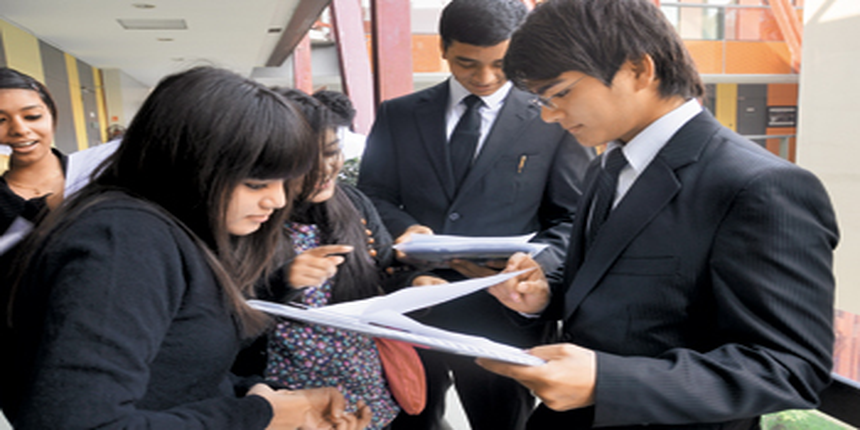 Universities, law school network
We have law schools, which are universities in themselves; like the premier National Law Universities or State Law Universities set up by Governments of Tamil Nadu and Karnataka, each set up under a separate Act of State Legislature. We also have Departments or Faculties or Schools of Law in the Central, State, Deemed or Private Universities. Further, there are hundreds of aided and unaided, government and private law colleges affiliated to these universities.

Increase in test-takers
Law entrance exams are becoming increasingly popular and competitive with the passing of each year. The number of applicants for Common Law Admission Test (CLAT) rose from 10,773 in 2008 to 25,769 in 2012; current figures stand at more than 50,000 test takers. The number of applicants for the three-year LLB course by Delhi University’s (DU) Faculty of Law doubled from 6127 in 2008 to 11,384 students in 2012.

Two types of courses
Static since independence, the Indian legal education saw landmark developments after the establishment of National Law School of India University (NLSIU) Bangalore in 1986 and the introduction of five-year integrated LLB course after Class 12. The LLB course is now available in two formats for two different audiences - 5-year integrated LLB course for Class 12 pass-outs and a 3-year LLB course for graduates of any stream. The advantage is that those who miss the bus after Class 12 due to various reasons still have an opportunity to study law after graduation.

3-year LLB vis-Ã -vis 5-year LLB
How good is a three-year LLB versus a 5-year integrated law programme? Every law faculty is asked this question by a large number of students. The answer is very simple. Both courses are equally good and they should not be compared in the first place simply because they serve to two different audiences. If a candidate is a Class 12 student or has already passed out, he should go for five-year law without giving any thought to the three-year course in future. There’s no doubt that both the three-year and five-year courses should co-exist in an equitable manner; this is in the best interest of legal education and profession.

Employment trends
The five-year LLB, particularly at the NLUs have placed their graduates in national and international law firms, corporate legal departments and consulting companies, in much better way. However, the judges, academicians and law officers in the government mostly come from three-year LLB courses offered at university law departments and faculties. Important in this context for a law aspirant is to aim for and secure admission to a top law school/ faculty to get a wholesome legal education and learning experience.

LLB eligibility criteria
1. Five-year LLB entrance exams: Any student who has passed Class 12 with 50% marks (less 5 % for reserved categories) or has appeared for the Class 12 is eligible to write CLAT and other law entrance exams. A candidate was needed to be below 20 years of age as on July 1 to be eligible for CLAT, however, the criteria has now been scrapped after a Supreme Court's order in 2015. At some top law schools like NLU Delhi; GGSIP University, Delhi (including Amity Law School) and Faculty of Law, Jamia Milia Islamia, Delhi, the upper age limit was 21 years whereas at AMU Law Faculty it was 22 years, which too have been eleminated. Candidates from reserved category were used to be given a relaxation of two years.

2. Three-year LLB entrance exams: There is no upper age-limit for admission. However a candidate must be at least 17 years of age on the date of application. A graduation degree with 45% marks (40% for reserved category) is the basic llb eligibility required. Universities like DU and BHU require minimum 50% marks while universities like Kurukshetra, Rohtak, Meerut require only 45% marks in graduation.

As per the recent directive by Bar Council of India, applicants who have passed 10+2 or has a graduation degree through distance learning or correspondence mode, will also be considered eligible for admission for the integrated five-year or three year LLB course. However, applicants who have obtained 10+2 or graduation or post-graduation through open universities system directly without having any basic qualifications for pursuing such studies are not eligible for admission in law courses.

*The author Anand Prakash Mishra holds an LLB and LLM from the Faculty of Law, University of Delhi and works at Jindal Global Law School. He has been a founding member and academic head of Universal Institute of Legal Studies, New Delhi. He can be reached at anandpmishra@gmail.com