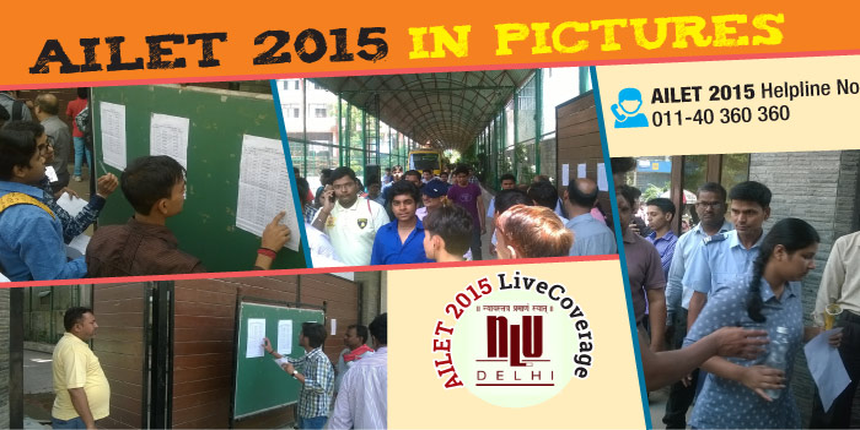 As AILET 2015 conducted on May 3 in as many as 38 exam centres located in 19 cities of India, Careers360 brings you a tour to AILET 2015 through pictures. AILET 2015 in Pictures will provide you a virtual feel of the law entrance exam.

The second most coveted law entrance exam began at 3:00 pm but candidates were asked to report at their respective exam centres one hour prior to the commencement of exam. Careers360 Team was covering AILET 2015 Live from various exam centres in India.

#Taking the legal route – Candidates arrive for AILET 2015, the second most coveted entrance examination for law aspirants in India

#Entry point – As the clock struck 2 pm, the gates were open for students to enter and check in for AILET 2015

#Let me inside – Students rush to get inside the examination hall