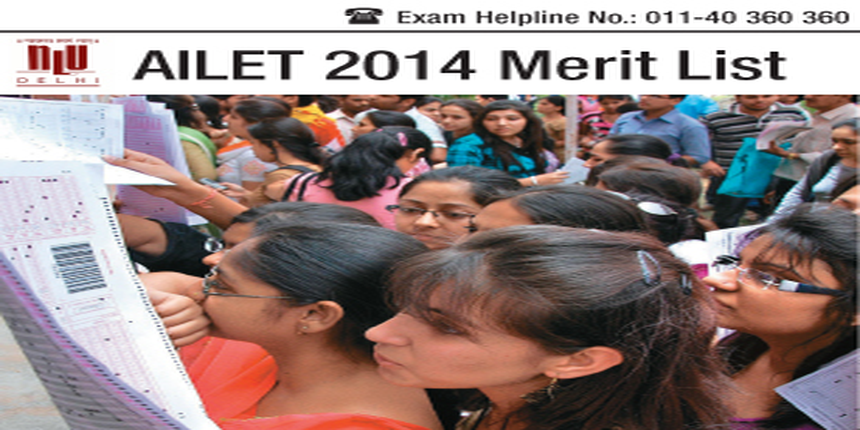 AILET 2015 Merit List is the provisional list of candidates selected on the basis of merit for admisisons to five-year integrated law programmes in National Law University Delhi (NLU Delhi) for the academic session 2015. The merit list of AILET 2015 will be published by NLU Delhi along with AILET 2015 Results on May 18, 2015. Candidates who are appearing in AILET 2015 on May 3 can download AILET 2015 Merit List from the official link provided below in this page.

AILET 2015 Counselling is expected to be held in June.

[Know your chances of getting NLU, Delhi with AILET 2015 marks - Click here]

National Law University, Delhi shall also be providing a qualifying mark (cutoff) for admissions to five-year undergraduate law programmes in the University based on performance in AILET 2015 and AILET 2015 Merit List.

Candidates will be called in for AILET 2015 Counselling Procedure as per AILET 2015 Merit List.

Moreover the merit list for AILET 2015 will also help you with the list of candidates qualifying for AILET 2015 Counselling as per various categories including General, Scheduled Caste, Scheduled Tribe and Persons with Disabilities.

AILET Merit List 2015 will comprise the details of 70 candidates, including the following categories –

For all related queries visit our Official AILET 2015 Discussion Thread