AILET Cut off 2021 - National Law University Delhi will prepare category-wise AILET 2021 cut off for admission to its 5-year integrated BA LLB and one-year LLM programs. The AILET cutoff 2021 would be released at the time of counselling and seat allotment. The AILET cut off 2021 would be the minimum score (or rank) that one would have to secure in their respective category for admission to the BA LLB or LLM program. Any candidate who doesn’t meet the cutoff would not be considered for admission. To determine the cutoff, the AILET officials will consider a host of factors like the seat intake for the program, total number of applicants, the performance of the candidate in AILET 2021. The article contains AILET cutoff details of previous years that the candidate can consult to get an idea about what is a safe score. Go through the rest of the article to learn the full details of AILET 2021 cut off. 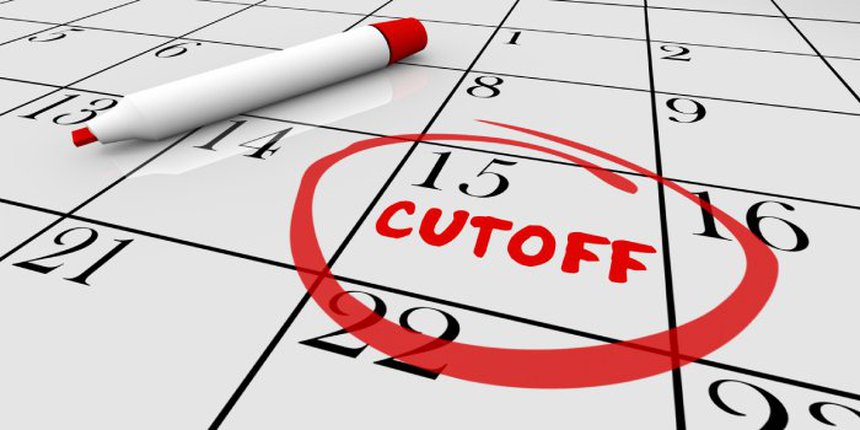 AILET 2021 will be conducted by NLU Delhi tentatively in the 1st week of May. The application form for the exam will commence around

How will AILET 2021 be determined?

To determine the cutoff of AILET 2021, admission officials will consider the following points:

Question: When will the AILET 2021 cutoff be available for students?

NLU Delhi will release the cutoff of AILET 2021 at the time of counselling and seat allotment.

Question: What is the significance of AILET cutoff 2021?

Candidates who meet the cutoff are eligible for admission as it represents the minimum rank or score for which admission will be offered.

Question: Will I be eligible for admission if I don’t meet the cutoff criteria?

Generally if a candidate misses the cutoff, they have little chance of admission.

Question: What are factors for determining the cut off of AILET 2021?

To determine the cutoff, officials will consider factors like seat intake, category and total applications received for admission.

Question: When will the AILET 2021 exam be conducted?

The AILET 2021 exam will be conducted around the 1st week of May.

How to fill AILET Application Form 2021 - Steps to Apply Online

Hi to all Will CLAT, AILET, SLAT and other law exam 2021 be repostpone due to again increases in the cases of covid-19?

Hii!
As per the latest information on CLAT, it will be conducted in June, 2021 instead of May, 2021. And information regarding SLAT, is that it would be conducted in June,2021 only. Same scenario is for other exams in law too. So, currently, there's no further on postponed of these exams any further. If the condition remains the same, or becomes worse, they may be postponed further. But, till now, there is no official update.
Hope this helps.
Good luck!
Read More
Answer

is a B.tech graduate also eligible for persuing law and if we want to join in law means which typeof courses we would like to prefer whether 3 years courses or 5 years course please kindly help me regarding to this information.

Yes dear. A BTech graduate is eligible for law course. But remember this is totally switch department course. BTech is totally technological line. And law is totally differ from it. You have to know philosophy, current affairs, law and ethics for this. And you have to up to date in every law or new abundant in law study.

If you switch your department after BTech then you can do LLB. Which is for 3 years course. And this course need minimum any graduation degree which 3 years or four years. And 5 years course is for BA LLB and only 12th passed result minimum require.

The AILET is a law exam which is conducted by the National Law University of Delhi and it offers admissions onely fore NLU Delhi.

Hope this information was helpful for you!!

How to prepare for English in the ailet examination?

Preparing English in Ailet examination is quite easy since you have to look on the certain topics and cover the syllabus very carefully.Some parts include Reading comprehension,vocabulary,and also see out to the idiom and phrases.You also need to brush up the basic grammer skills of 10th level.Read english books for a good grammer sense.

Which 3 year program are you asking about?

You are not eligible for llm or master of law as to be eligible you need to do undergraduate in law i. e llb or equivalent first  .

So , after bsc, you can go for 3 year llb but AILET is not the entrance exam for the same.

You can go for DU llb or bhu llb entrance examination, as they offer 3 year llb.

And yes being, a final year student you will be eligible for 3 year LLB entrance examinations

*To be eligible you need to be a graduate in any discipline from a  recognised University and must have got at least 50% in graduation if belong to general category or 45% belong to OBC category for 40% belong to Sc or St category to be eligible.

* Also candidates who are in final year /semester are eligible