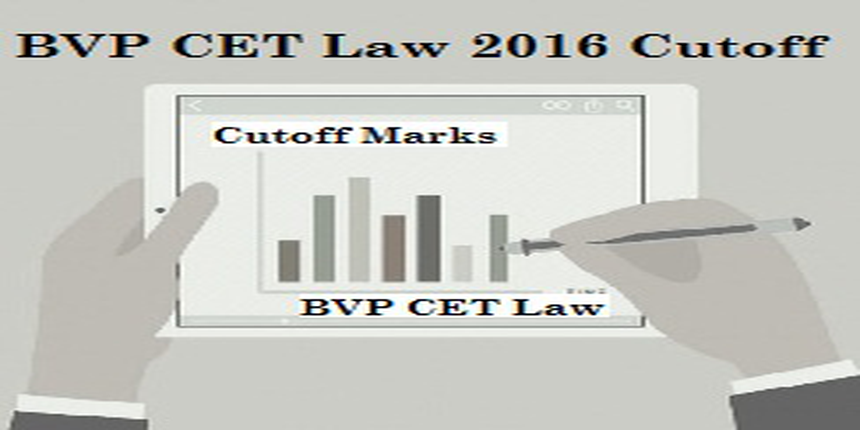 BVP CET Law 2016 Cutoff – Bharati Vidyapeeth Deemed University (BVDU) has determined cutoff of BVP CET Law 2016 for admissions to both five-year integrated as well as three-year law programmes. BVP CET Law Cutoff 2016 is the minimum marks to be scored by candidates in order to get shortlisted for the admissions.

Bharati Vidyapeeth Deemed University (BVDU) has issued BVP CET Law 2016 Merit List along with the results on June 18 as the counselling for the UG law admissions of BVDU is scheduled to be held between June 24 and June 26. Check here for other important events and dates of BVP CET Law 2016.

Bharati Vidyapeeth Deemed University (BVDU) offers undergraduate programmes in law for both five-year integrated as well as three-year course. The University conducts BVP CET Law for short-listing candidates for as many as 180 seats in each of the programmes including BA LLB, BBA LLB and LLB.

Stay tuned to law.careers360.com for latest news and articles on BVP CET Law 2016