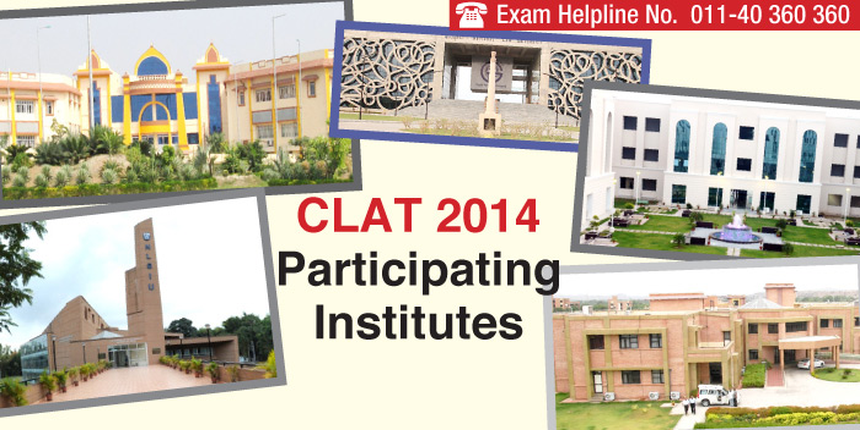 CLAT 2014 is scheduled to be held on May 11, 2014. CLAT 2014 is the common law admission test taken by the law aspirants for admissions to various undergraduate as well as the post graduate courses in the fourteen national law universities along with four other law colleges, namely Damodaram Sanjivayya National Law University, Tamil Nadu National Law School, Nirma University Institute of Law and UPES College of Legal Studies.

Candidates can get here the list of all the institutes participating in CLAT 2014 exam.

Interestingly, NLU, Delhi is the only National law University which isn’t participating in CLAT 2014 and intakes students from AILET 2014 Exam.

In addition to these National law Universities, the following are some of the other institutes which will be participating in CLAT 2014 Counselling.

The above listed colleges accept the CLAT 2014 score cards for taking admissions to various law courses in the undergraduate as well as the postgraduate programmes.