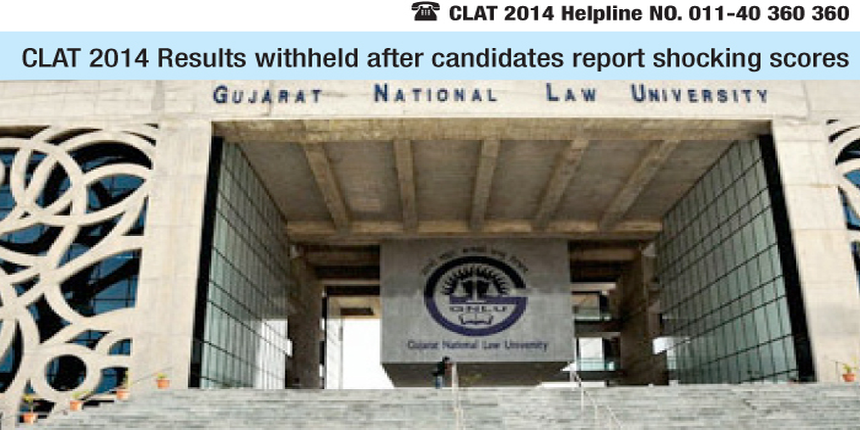 Gujarat National Law University has withheld CLAT 2014 Results owing to ‘technical discrepancies’ even as many CLAT takers alleged wrong evaluation brought them shocking scores after the results were announced late night on May 31, 2014.

According to GNLU, which conducted CLAT 2014 for admissions to over 1600 undergraduate seats in 14 National Law Universities, the results has been withheld owing to ‘technical discrepancies’.

In an apparent acknowledgment to the pouring complaints, the GNLU notified that results of the national level law entrance exam declared on May 31 have some technical discrepancies and due to the same it is being withheld till further notice.

“Due to some technical discrepancies, the CLAT 2014 results declared on 31 May 2014 stands withheld till further intimation and guidelines on the admission process,” GNLU announced. The GNLU, however, asked the candidates to “keep checking their Login Account regularly so that they can fill-in the preferences of the NLUs.”

GNLU had also announced CLAT 2014 Counselling from June 1, 2014. As a result of the new development on CLAT results, the counseling procedure will automatically get disrupted and it is likely to be re-scheduling in next few days.

If you have any queries for this news or you wish to comment, please post below the article.