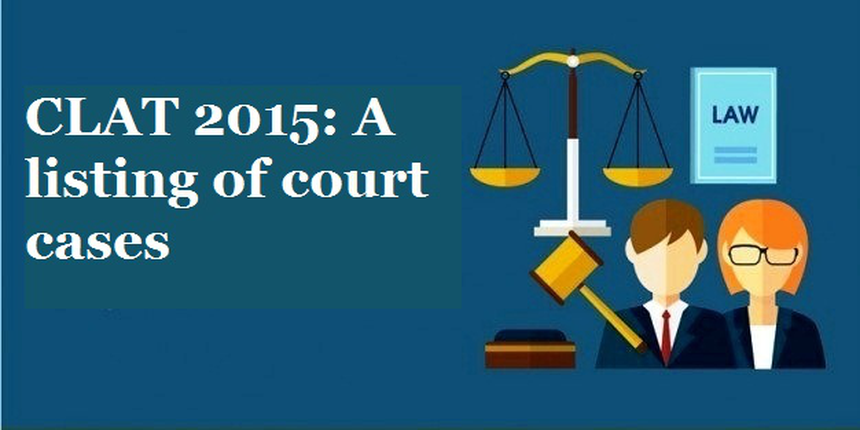 CLAT 2015, the most coveted law entrance exam has been embroiling in a number of controversies since its announcement. CLAT 2015 Convener, RMLNLU and CLAT Committee has been facing as many as six cases at different courts including Bombay HC, Kerala HC, Rajasthan HC and Madhya Pradesh HC.

Careers360 brings you all the court cases related to CLAT 2015 and controversies in brief. Find below the table to draw an overview of the court cases, their present status and responses from the stake holders.

Court cases regarding CLAT 2015 at a glance –