CLAT 2015 Participating Institutes provides you an overview of National Law Universities (NLUs) and law schools accepting CLAT 2015 scores. Ram Manohar Lohia National Law University (RMLNLU) conducted CLAT 2015 on May 10, 2015. CLAT is the most sought after law entrance exam appeared by as many as 40000 law aspirants every year for securing admissions to various undergraduate and post graduate programmes in 16 National Law Universities (NLUs) along with some other law colleges, including Nirma University Institute of Law and UPES College of Legal Studies.
Related Post
CLAT 2019
CLAT Application Form 2019
CLAT Admit Card 2019 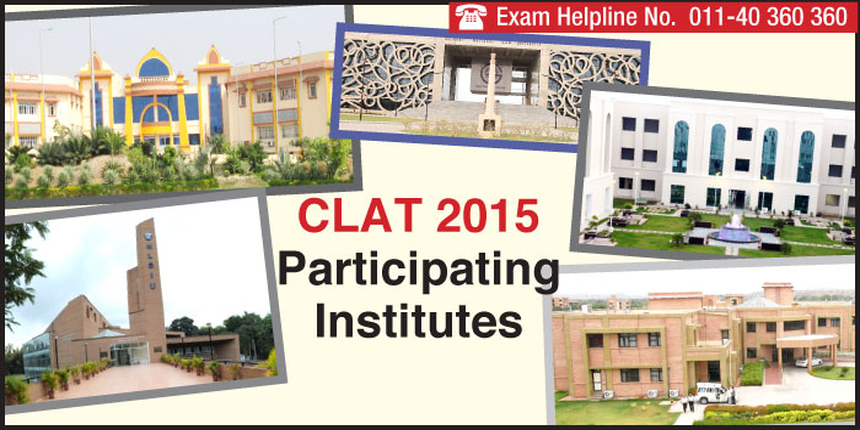 Scroll below to get the list of all institutes participating in CLAT 2015.

Interestingly, NLU Delhi is the only National Law University which isn’t participating in CLAT 2015 and intakes students from AILET 2015.

In addition to these National law Universities, the following are some of the other institutes which will be participating in CLAT 2014 Counselling.

The above listed colleges accept the CLAT 2015 score cards for taking admissions to various law courses in the undergraduate as well as the postgraduate programmes.

Click here to read more on what happened in CLAT until date.

CLAT is a common law admission test conducted by every year by the participating National Law Universities (NLUs) in rotation.

As per the official data, around 40000 applicants have registered for Online CLAT 2015 and last year, as many as 31231 candidates had registered for the law entrance exam to pursue five year integrated law programmes in around 2164 seats distributed among 16 NLUs.

Click here to read what went wrong in CLAT 2014.