CLAT 2015: What after the declaration of results 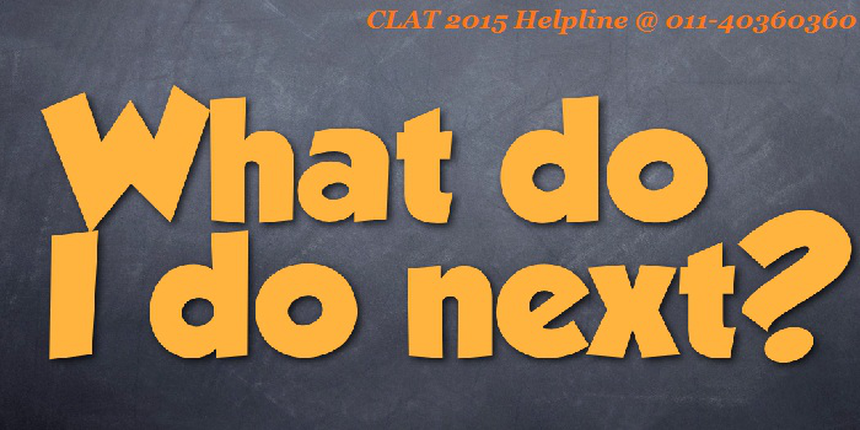 CLAT 2015 Results were announced on May 19 late night by Ram Manohar Lohiya National Law University (RMLNLU) declaring first merit list of as many as 2000 candidates for admissions to a total of 2164 seats in the undergraduate law programmes distributed among 16 NLUs. With the declaration of Results of CLAT 2015, candidates will now be getting ready for the next phase, i.e. CLAT 2015 Admissions through Online Counselling.

Many aspirants like you have appeared for CLAT 2015 on May 10 with an aspiration of grabbing a coveted seat at one of the 16 NLUs. Now when CLAT 2015 results had been declared, 2000 candidates have been selected for admissions to the undergraduate law programmes out of the total 39686 candidates.

Even if you haven’t been shortlisted for CLAT 2015 Counselling, don’t lose hope! You have given your best shot and remember that you appeared for the online entrance exam with preparation. You have the options of several law schools apart from the 16 NLUs which accept CLAT 2015 scores. You can go for them.

CLAT 2015 is the common law admission test for admissions to 2164 seats in five-year integrated law programmes including BA LLB in the 16 participating NLUs.