Common Law Admission Test has recorded over 13 per cent increase in applications for admission year 2016. CLAT Convenor Dr. G.I.S Sandhu exclusively told Careers360 that a total of 45,041 candidates have applied for the national level law entrance exam.  Last year, a total of 39,686 candidates had registered for the test. 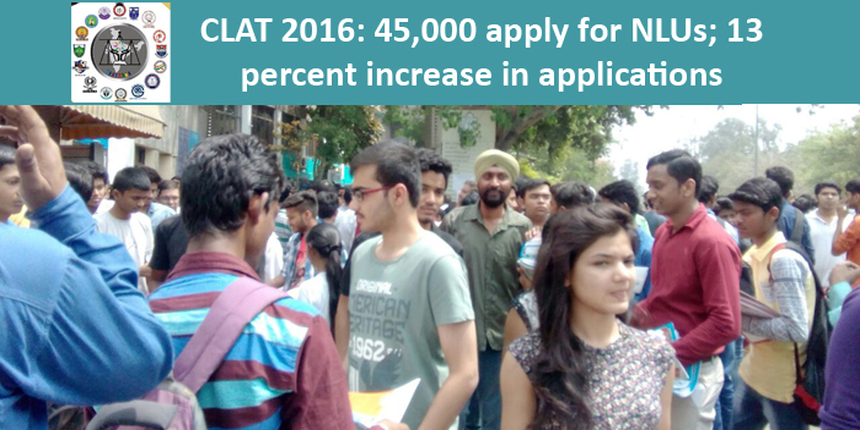 CLAT Application process 2016 was closed on April 5 after a five-day extension in the original application deadline of March 31.

“A total of 23517 male applicants have submitted their CLAT 2016 Application Forms, while as many as 21520 female candidates and 4 Transgender candidates have submitted the applications,” says the CLAT Convener.  He added that as many as 67,693 applicants had registered for CLAT 2016 out of which 22,652 candidates did not submit their application fee. In the five-day extension window that the CLAT committee had offered, a total of 2,053 fresh candidates applied for the exam.

This year the CLAT Committee had also scrapped the age bar of 22 years for the coveted law entrance exam. However, the move could only add 5, 355 more applications as compared to the last year.

Last year, a total of 45,140 applications were registered for CLAT of which 39,686 were finally submitted with application fee.

CLAT applications over the years

CLAT Applications over the years
Create your own infographics

CLAT 2016 is scheduled to be held on May 8 in online mode at as many as 66 cities across India for admissions to 2250 five-year integrated law programmes in 17 participating NLUs.