CLAT 2017 has recorded a 13 per cent increase from last year in the number of applications for admissions to undergraduate and postgraduate law programmes in National Law Universities (NLUs), the data shared by the CLAT office with Careers360 reveals. In an exclusive interview regarding the application numbers, Dr A Lakshminath, the CLAT 2017 Convenor said, “I am glad to announce that a total of 50,676 candidates have applied for the Common Law Admission Test this year.” Regarding the number of applications received from different States and Union Territories, he said, “The maximum applications have come in from Uttar Pradesh, Rajasthan, Madhya Pradesh and Delhi with 9764, 4377, 4312 and 4283 applications respectively.” 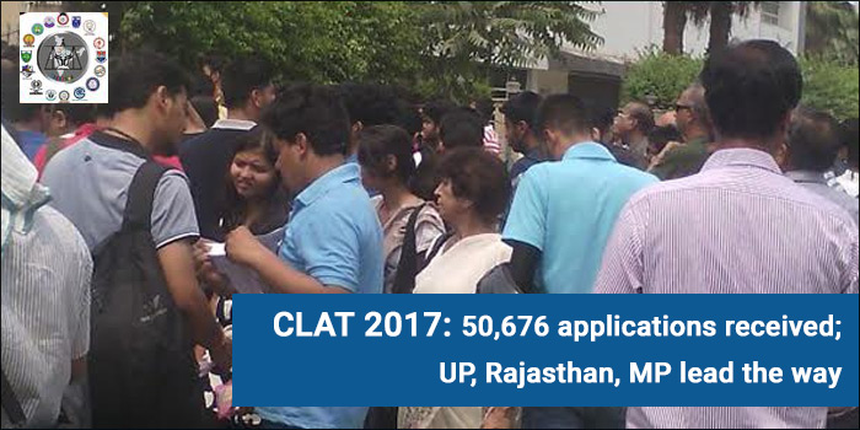 The application window of CLAT 2017 was closed on the scheduled date of March 31. For the first time in CLAT history, there was no extension in the application date. “We felt that there was no need to extend the last date of submission for CLAT applications this time,” said Dr. Lakshminath.

“As many as 44,565 candidates have applied for undergraduate law admissions and 6,111 for the postgraduate programmes,” the CLAT Convenor shared. Last year, 45,041 candidates had applied for CLAT.

CLAT application numbers: Over the years

Candidates can find the info-graphic below to get an overview of CLAT applications over the years.

CLAT Applications over the years
Create your own infographics

CLAT 2017 will be conducted on May 14 at 138 test centres in 66 cities across India. This year, the national-level law entrance exam will be offering aspirants a total of 2312 and 604 seats for undergraduate and postgraduate law programmes respectively at the 18 NLUs including MNLU Nagpur.

Stay tuned to law.careers360.com for more features and updates on CLAT