CLAT 2017 Latest News and Updates brought to you by Careers360 is a one-stop page for keeping update with recent news and happenings of Common Law Admission Test (CLAT) for this year. The news and updates on CLAT 2017 will be published as and when they happen. 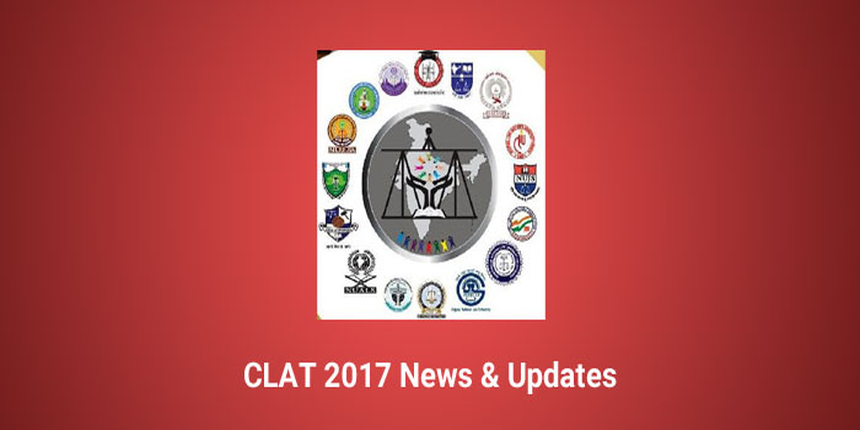 This year (2016), one more NLU has been added to the premier institutions’ list, Himachal Pradesh National Law University (HPNLU) which, however, is not in CLAT committee's list but has its own admission committee headed by High Court of Himachal Pradesh. Another NLU which isn’t a part of the CLAT committee is NLU Delhi.

CLAT 2017 admit card window opens at 10 pm of April 20, 2017. Candidates can download the hall tickets for Common Law Admission Test through this official window till May 7, 2017.

The official website link of CLAT 2017 displays a revised logo. Yet, it says that the site is offline and will be launched soon. Moreover, it also provides an authorised access through valid username and password.

CLAT Committee will be soon launching the official website of CLAT 2017 as the following notification can be read in the page.

CLAT Committee announces CLAT 2017 on December 25, 2016 even as the website remains non-working.

The official website of CLAT 2017 seems to be down with some technical glitch.

Chanakya National Law University (CNLU) Patna has issued an official notification clarifying age bar confusion. As per the notification, general candidates attaining age of 20 years and below can apply for the common law admission test, while those belonging to SC, ST and Other backward classes are give a relaxation of two years in the maximum age limit for CLAT 2017 applications.

CLAT 2017 will be announced in the month of December 2016, as specified by CLAT Committee. As per the official notification, CLAT 2016 office got closed on July 6, 2016 with the completion of admission process for the year. Further, the notification also reads that the process for organising Common Law Admission Test– 2017 is in progress. CLAT 2017 aspirants can find below the screen-shot of the pre-notification status.

Common Law Admission Test (CLAT) is a national level law entrance exam conducted annually by one of the NLUs in rotation as per the year of their establishment. The coveted law exam is conducted for admissions to BA LLB and LLM programmes in 18 NLUs and various other law schools across India.

Stay tuned to law.careers360.com for more feature and updates on CLAT