CLAT 2018 Latest News and Updates is brought to you by Careers360 which serves as one-stop page for tracking the latest developments regarding Common Law Admission Test. This page will help you in getting information on the news of CLAT 2018 as and when it happens. The CLAT Latest Updates will also help you in knowing what NUALS Kochi, the conducting NLU for this year is planning to do next in the CLAT admission process. 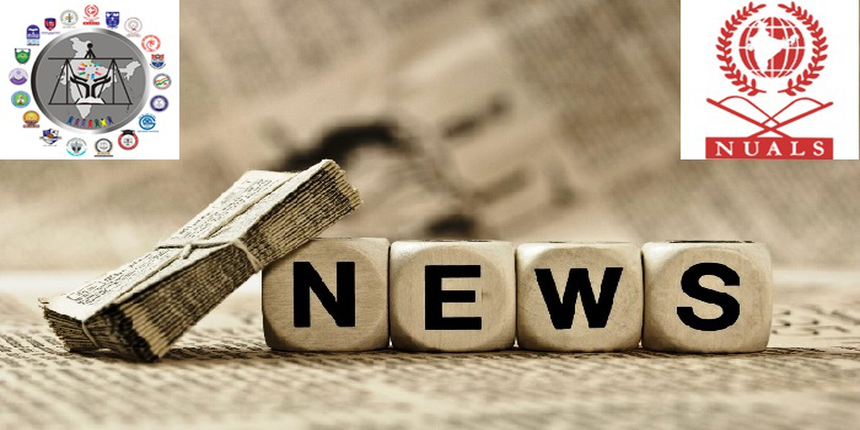 As per the CLAT 2018 Committee, National University of Advanced Legal Studies (NUALS) Kochi is the regulating body for the law admission test. The exam was administered online on May 13, 2018. Around 51,000 CLAT aspirants appeared in the law exam for admissions to nearly 2300 seats on offer across 19 National Law Universities (NLUs) including Maharashtra National Law University, Aurangabad.

The National University of Advanced Legal Studies Kochi has announced CLAT 2018 result, on May 31 as per the calendar of Common Law Admission Test. The pink city boys, Aman Garg, Devansh Kaushik and Anmol Gupta have secured AIR 1, 2 and 3, respectively.

Hearing a petition of 29 CLAT takers, the Supreme Court Bench of Justices L Nageswara Rao and Mohan M Shantanagoudar gave a green signal for the publication of CLAT 2018 results which is scheduled to be announced on May 31, 2018.

The National University of Advanced Legal Studies Kochi has announced the CLAT 2018 answer key, the final one on May 26 as per the calendar of Common Law Admission Test.

NUALS Kochi has notified that it will be accepting the representations against the technical glitches faced by the CLAT 2018 takers till May 27, 7:00 pm. The test takers of CLAT 2018, who had faced the technical problems on the 13th May online law admission test paper, need to send their representations to the CLAT office in the mail by writing to representations@clat.ac.in up to the aforesaid mentioned date and time.

The Supreme Court has directed a copy of CLAT 2018 petition to be served on NUALS Kochi and the Core Committee of Common Law Admission Test. The petition filed by six test takers of CLAT 2018 states the mismanagement and misconduct of the national level most sought-after admission test for the five-year integrated law programmes.

After Rajasthan, Punjab & Haryana HC to hear plea on CLAT 2018

After Rajasthan High Court, a similar petition has been filed in the Punjab & Haryana High Court drawing attention towards the ‘irregularities’, ‘mismanagement’ and ‘misconduct’ of CLAT 2018, portrayed by the ‘technical snags’ on the 13th of May.

The Common Law Admission Test takers have filed a writ petition in the Jaipur bench of Rajasthan High Court, pleading for re-test of the CLAT 2018. The plea had been made by two CLAT 2018 takers on May 16, after three days of the exam.

NUALS Kochi has announced the provisional answer key of CLAT 2018 on May 15, even as the test takers claim 'technical-discrepancy' in the May 13th online test.

The Kochi NLU conducted CLAT 2018 on May 13. Even as the test takers find the online paper to be easy, they were not happy with the exam management. The test takers had to face technical glitches on several occasions.

The Common Law Admission Test office has closed the online application window on March 31, 2018 (11:59 pm). No application form can now be filled for the CLAT.

NALSAR University of Law, Hyderabad publishes a corrigendum regarding reservation of seats for the candidates belonging to SAP category. The candidates can check the details below.

WBNUJS revises numbers of seats in law programmes
West Bengal National University of Juridical Sciences, Kolkata publishes a corrigendum regarding the allocation of seats for the undergraduate and postgraduate programmes. The candidates can find the revised stats of seats for both UG and PG programmes.

CLAT 2018 website down; No application forms released till mid-day

CLAT 2018 application form not announced till 2:30 pm of January 1, 2018. Adding dilemma to the situation, the CLAT 2018 official website remains down too. This leaves law aspirants in utter confusion and they can’t do much but to wait for everything to be going.

Common Law Admission Test is being held for the eleventh time in a row. NUALS Kochi is administering CLAT 2018 for admissions to 19 NLUs where MNLU Aurangabad joins the CLAT Committee as 19th NLU.