The most competitive law entrance exam is back to offline mode. What does it mean for law aspirants? Here we discuss about the changes brought in CLAT 2019 and other important aspects...

Lessons from history suggest that when you are caught in the doldrums, take a step backwards, reflect and then move further. This is exactly what the Common Law Admission Test (CLAT) fraternity seems to be following. The recent decision of making CLAT 2019 an offline test is one such step backwards. An act to buy some time to be able to strengthen the infrastructure for successful conducting of the test. Speaking on any other change that we can expect in the near future, Prof. Faizan Mustafa, Vice Chancellor, NALSAR and head of the newly formed National Law School Consortium, said, “Present technology is far ahead and as the security is also at par, writing exams in traditional way will be overcome by online tests.” 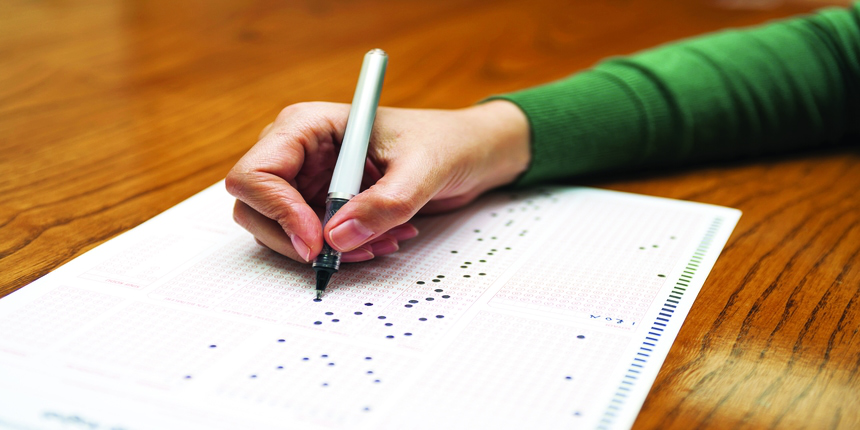 Students sat glued to their seats while their eyes dug intently at the questions on their screens. Amidst the clicking of the mouse, the invigilators were busy maintaining the examination code when suddenly the hall went into absolute silence. Students were now staring at blank screens. There was a power-cut! At a CLAT examination center in Bihar, there was no power back-up for this time-bound intensive exam, not even a quick response to this disaster, shared Radhika Aagarwal, a first-year law student who took CLAT-2018.

The power resumed after a few minutes and the exam continued. Post-examination began the hue and cry and similar complaints were heard from various cities. Either it was power cut, no back up, technical glitches, slow processors, suffocating centers besides other issues. “Do you even understand what it means to lose 60 seconds in that exam? We lost more than 100 ranks. We lost over 5 minutes. This is just so unfair. All the top colleges were definitely out of reach for us for no fault of ours,” said Aakansha Agarwal, who had taken CLAT 2018 and is now studying law at Bennett University.

CLAT-2018 brought a sea of petitions to the courts with  the students requesting to quash the exam and asking for a fair chance to all. Following the hue and cry, their complaints were acted upon and some significant changes took place.

In 2014, a decision was taken to keep pace with the fast-changing technological transformation and CLAT – 2015 went online. There were ripples in the CLAT fraternity, impacting all in the fold but certainly not affecting everyone in the same manner.

In 2018, the ripples have been recreated, however, this time it is backwards. CLAT 2019 is going to be an offline ‘paper and pen’ examination. In 2014, the decision was driven by an urge towards advancement, but the recent rollback can be called a precautionary step against the not-so-adept technological foundations for conducting CLAT online.

More than 250 petitions were filed with the courts regarding CLAT 2018, complaints on the laxity of the authorities concerned dominated the post-examination discussions. A number of students lost one year of preparation. The courts’ intervention and pouring complaints of the students has now sealed the fate of the online CLAT examination.

Another change for better management of CLAT is the recently-constituted consortium of law institutes. The decision of this off-line examination came through this newly constituted body. Nadim Ali Haider Khan, Program Director, Centre for Social Equity and Inclusion, Bihar, said: “It’s a positive development in terms of its permanent nature. Its role appears to be largely a facilitating set-up as well as an accountable mechanism to ensure transparency and efficiency.”

Drafting of the question paper

Another decision was made regarding the drafting of the question paper. As per the new decision, the specialists from all the NLUs besides other law institutes have been asked to share questions, which would form a question bank. This will enhance the quality of the question paper and make the process a more inclusive one. “There will be less of uncertainties and the paper would be balanced with the right amount of all sections unlike some exams where there were too many legal reasoning or legal GK questions,” said Mohammad Asadulla Shareef, Founder and Managing Editor of the website CLATGyan.

Besides, a secretariat of permanent nature has also been established. Talking on the role of the secretariat, Prof. Mustafa said, “The permanent secretariat with all departments at single place, work and communication will improve and thus decision making will be faster.” Sharing his views, Nadim Khan says, “Having a collaborative effort to evolve quality indicator is a good exercise and should be done democratically and transparently by involving different stakeholders and must include students, faculty and industry in addition to other stakeholders.”

The students as well as teachers are happy about the new changes. So, what makes them happy? They were happy that they would be able to underline important points in comprehension passages; it would be easy navigation as it would no longer depend on the pace of the computer processor. Some students from different coaching institutions in the cities like Mumbai, Bhopal, Patna, Hyderabad and Delhi shared the same sentiments.

A CLAT aspirant, who wishes to remain anonymous, says, “Have you seen the paper? There are 200 questions and more than 200 clicks were required to go back and forth on that screen. I will be able to navigate better now.” For such test-takers, ‘pen and paper’ mode appears a better option.

The teachers who help students prepare for the examination were relieved of the fact that now their ‘bright students’ would not lose a year on account of the technical hassles. The CLAT aspirants are happy that the old ways are back but it is to be seen how long does it last.