CLAT 2018 Student Reactions - Common Law Admission Test (CLAT) 2018 was conducted on May 13, 2018, by NUALS Kochi. Approximately 53,000 candidates are expected to have appeared for the exam. Each test taker goes through different emotion on the exam day based on his or her preparation level, expected performance and scores. The apprehension of getting through dream law college gets the best of them after the test is over. Careers360 brings the CLAT 2018 student reactions where the candidates express their pre and post CLAT 2018 feedback.
Related Post
CLAT 2019
CLAT Application Form 2019
CLAT Admit Card 2019 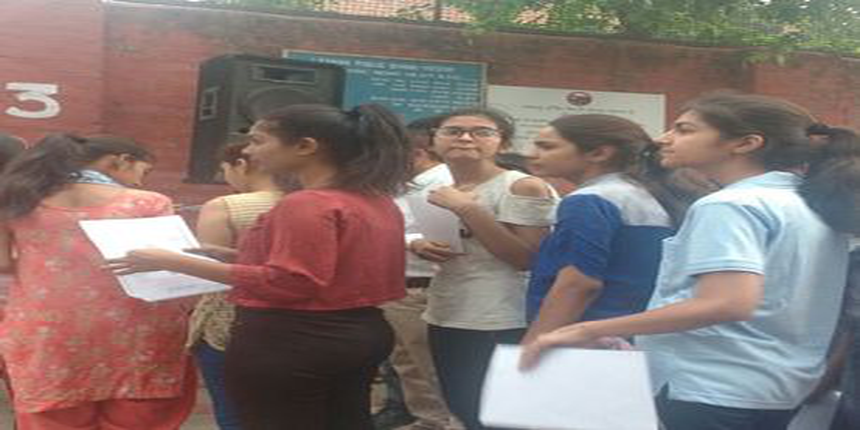 Watch this video to know how was CLAT 2018

Akash: I am from Commerce stream, CBSE board. Numerical Ability is my strong point. I am not too confident about Legal Aptitude section. I am expecting a score above 150.

Arundhati: This is my second CLAT attempt. I am confident with my GK and Maths preparation but I am worried about Legal Aptitude and Logical Reasoning sections. I have planned to attempt maximum questions from GK and Maths to get maximum scores.

Vishal: I have not taken coaching for CLAT. I have prepared on my own with online study materials. I have also taken mock test series. I have also appeared for AILET last week and aiming for a score above 100.

Raghav Aggarwal: The paper was easy. The questions in all sections were of easy to moderate level.

Piyush: The exam was easy. I was worried about the Legal Aptitude section as it is generally tough, but for me, it was the easiest section of this exam.

Pranav: Legal Aptitude section was the easiest and Maths was the toughest section. In GK, majority of the questions were from Current Affairs.

Sakshi: It was an easy test. I have attempted around 150 questions accurately. I am just hoping to not have committed any silly mistake and lose marks through negative marking.

Shikha: The exam was of moderate difficulty level. For me, Maths was the toughest section for me. I am hoping to clear the cutoff based on my number of attempts and accuracy.

Ankit: It was quite an easy exam. I have attempted around 165 questions. Mathematics was the toughest section for me.

Sahil: The exam was of moderate difficulty level. Maths was the toughest section for me and Legal Aptitude was the easiest section. English and GK were of easy to moderate level of difficulty.

Jatin: The exam was easy. GK was tough but other sections were of easy to moderate. I attempted around 148 questions. There were some technical issues for which we had to wait for 40 extra minutes after the test.

CLAT 2018 was scheduled from 3 PM to 5 PM. The exam is held online. CLAT carries 200 questions of one mark each. For each wrong answer, there is 0.25 marks negative marking scheme.