CLAT vs LSAT India - Undoubtedly, CLAT and LSAT India are among the two law entrance exams conducted in India, considered the gateway to several popular law colleges and universities. Thus, often candidates can be seen doing LSAT vs CLAT comparison. Both the entrance tests are unique in their own ways, be it syllabus or exam pattern or marking scheme of Common Law Admission Test and Law School Admission Test-India, candidates can easily understand the difference. The article CLAT vs LSAT India covers all the possible components of both the exams and provides an analysis, thereby helping candidates in developing an informed understanding of both these. Read the complete CLAT vs LSAT India article to know all about these exams. 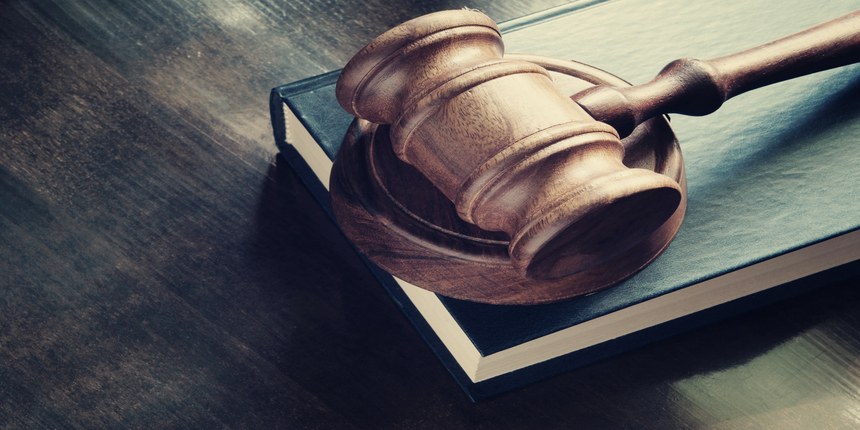 The two law entrance exams are different on various fronts. CLAT, on one hand, is primarily for admissions to National Law Universities, LSAT India is just limited to conducting the exam, the scores of the LSAT India are shared with the associated college for admissions.

Both entrance tests are different in terms of the questions asked or the topics covered. While CLAT focusses on a variety of topics such as general knowledge, mathematics, Legal aptitude and others, LSAT India has its focus mainly on the testing candidates’ reasoning ability reading ability and other things. The subjects/topics included in CLAT and LSAT India are given below.

What is more difficult CLAT or LSAT-India?

When it comes to the level of difficulty of the entrance tests, CLAT is certainly a difficult exam to crack and even considered the toughest law entrance exam in India. LSAT India, on the other hand, is a bit on the easier side but cannot be taken for granted. The LSAT India conducting body, Pearson VUE and LSAT itself are very popular globally for their ability to qualitatively test the candidates through the entrance exams.

During CLAT, candidates are required to answer 150 questions within a time duration of two hours. Further, the questions cover a wide range of topics and subjects, making it important for the candidates to cover a vast syllabus. To add on, the marking scheme of CLAT considers negative marking of 0.25 marks for each incorrect answer, which is not found with the LSAT India.

Candidates appearing in LSAT India are generally required to answer 115 questions within a time duration of 2hours 55 minutes. To make the exam a bit more tricky, the conducting body has introduced a new section as ‘Variable section’ which is an unscored section and the questions of this will remain unidentified.

Since CLAT is a gateway to the prestigious national law universities, the competition for the entrance exam is very high. Looking at last year’s data, more than 50,000 candidates appeared for a mere 2500 (approx) seats.

LSAT India is gradually gaining prominence and seeing the competition at a high level. The popularity and competition are well verified by the fact that last year, more than 50 law colleges came under the fold of LSAT India. This year also, LSAT India has several associated colleges and definitely some are definitely among the top law colleges of India.

With the recent changes introduced in CLAT, the conducting body has given a lot of focus on testing the candidates for complex reading ability, understanding of reading, logical reasoning, while the elementary maths has been awarded a lower weightage. This has brought CLAT and LSAT India closer, as LSAT India also focuses on testing candidates' ability of reading, logical reasoning. Such convergence in the question pattern will be beneficial for the candidates preparing for both the entrance exams as the overlap of the syllabus will make it easy for the students to prepare both the entrance simultaneously.

English is another section which is present in both LSAT India and CLAT so, candidates can also prepare this section

LSAT India vs CLAT - What exam to appear for

Though, the LSAT India and CLAT are all together are very different exams but given that these exams are for formal law education, the candidates should appear for both. The candidate’s interest in the law entrance exam may also be shaped by the fact that a particular college is associated with the entrance test or not. For eg, several candidates aspire for admissions to O. P. Jindal Global University, so appearing for LSAT India is one option that the candidate must consider. Similarly, if the candidates are more interested in national law universities, they must opt for CLAT.

The word of advice will be to appear for both the entrance test and then prepare smartly by giving more time the preferred one. Given the high level of competition in both the entrance tests, one should not miss appearing in any of these as the other one serves as an assurance of having other options.

Question: How many colleges are participating in CLAT 2020?

There are 22 National law universities that are participating in CLAT 2020, apart from NLUs, several other law colleges will accept the CLAT scores for admissions.

Question: How many colleges participate in LSAT India?

As of now, there are around 52 law colleges that are associated with LSAT India.

Question: How can I get admission to the top law college of India?

The top law college of India, National Law School of India University, Bangalore gives admissions on the basis of CLAT.

When we should start preparing for CLAT

When we should start preparing for CLAT 2020 - There are around 2 months left, and if you are sta...

CLAT 2020 - NUSRL, Ranchi has postponed CLAT 2020 due to Coronavirus outbreak; application are op...

The AILET Syllabus for BA LLB program is given below:

The AILET Syllabus for LLM exam is given below:

The syllabus of CLAT PG examination is given below:

Can I have online coaching pls . Tell about the procedures .

Well there are many coaching institutes that provide video lectures and also gives assignments and take tests online for students who are not in the reach of the offline coaching study centre. So you can simply search for your desired institute online and can enquire about it on their website.

I hope my answer helps.

You can get CLAT UG 2019 question paper along with answer key by visiting the following link;

You can get CLAT UG 2019 question paper along with answer key by visiting the following link;

I am from general category from uttar pradesh so there is A need to submit domicile certificate in clat application form?

NUSRL has extended the application date for CLAT 2020 upto April 25th due to the corona virus outbreak in the country. Yes, every candidate has to submit the domicile certificate for application of CLAT whether you belongs to any special category or not.

Some other documents required to upload are as given below :-

For more information about CLAT 2020 you should read this article .

I hope this answer helps you.