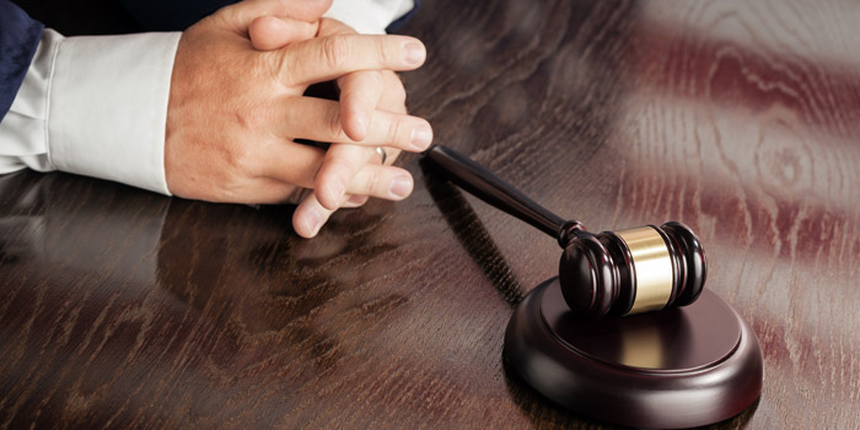 Bageshree Sharma who is taking coaching for Delhi Judicial Services Exam from Juris Academy, Delhi, has a clear-cut vision; her aim is to work for the society. “As Pope John Paul II said ‘if a person gets justice for any dispute then it would be the most precious gift of his life,’ so if I go into judiciary I can work for the society and deliver justice and equity among the people,” says Bageshree, a final year student of Llyod Law College, Noida. She could be an exception, rather than the rule. The fact is that judiciary is a fruitful career option if your are a Law graduate and have an inclination for public service. Judiciary offers a Law aspirant a law officer’s post, held in high esteem, right at the beginning of the career with equally good opportunities to grow.

Fresh Law graduates can enter judicial services through an entrance exam conducted by the respective state public service commissions (for example, Uttar Pradesh, Rajasthan, Tamil Nadu etc.) or the High Court (Delhi, Gujarat, Kerala etc.). To appear in the judicial exams, a Law graduate should be registered as an advocate under the Advocate Act, 1961 with the Bar Council.

The Higher Judicial Service (HJS) is open for lawyers with prescribed years of litigating practice (usually 7 years). Entry is through competitive exams.

The syllabus for these exams, published on the website of the commissions, includes Law subjects along with English, General Knowledge and the local language of the respective state. The main examination also includes a paper on language of the state conducting the exam to test the proficiency of candidates in local language.

These exams are conducted on the basis of vacancies at district courts or High Court of a state. They are conducted for the posts of Junior Civil Judge, Junior Magistrate, District Magistrate, Junior Civil Judge or Munsiff. Exam pattern varies across states in terms of marking scheme, qualifying criteria and age limits (usually 21-35 years). But, the format largely remains same. The three stages are:

Preliminary Exam: Multiply Choice Questions/Objective Type only and the successful candidates are eligible for the Main Exam.

There could be variations in the number of stages as well. For e.g., Uttarakhand Judicial Services Exam has a fourth round to test the computational ability of a candidate.

Preparing for the exams

Naresh Grover, mentor of Juris Academy, prescribes minimum one year of preparation, adding that students should start preparing during the final two years of their LLB course. “For Prelims, one has to remember landmark cases in subjects like Constitution, CPC, CrPC, IPC etc. Knowledge of basic concepts and case laws help in Mains as they develop the ability to appreciate concepts and apply their mind in delivering justice,” he said.

Focus on how to improve writing skills and master oneself in judgment writing, Grover added. “The objective of Mains is to judge the written skills of the candidates. Those candidates who have a habit of preparing their own notes do wonders in the Mains as they learn the ability to portray their subject knowledge in their own words in writing, which is the objective of the Mains exam,” he said.

To prepare for the interview, one should stay updated on the latest cases and legal events, which get discussed during the interview. Manoj Bhati, serving the judiciary for the last three years, graduated from the National Law Institute University, Bhopal in 2011 and cleared Madhya Pradesh Judicial Services Exam in the same year. He stresses the importance of preparing well. “Thousands of people attempt for judicial exams and only a few get selected,” he points out.

The main task of judiciary officials is to oversee legal proceedings by applying central, state and local laws. Everything from common traffic offences, to high profile criminal proceedings, to Constitutional issues, to business disputes between corporates are presided over by a judge. A judge’s role is to listen to the attorney’s arguments on trials and hearings over which he/she is presiding. Bhati shares his experience. “For me, training period has been just like the first year at college. You have to start afresh and go ahead just like a beginner. Gradually you grow in confidence with your experience,” he said.

There are a lot of avenues for those who join the judicial services to move up the ladder. “After joining Higher Judicial Services like Additional Judicial Magistrate, one may be promoted as District and Sessions Magistrate. After completion of 10 years of service, a candidate becomes eligible to be a Judge of High Court,” Grover said. “There are other options in Judiciary such as the post of Registrar in High Court, Presiding Officer or Judicial member of various tribunals etc.,” he added.

Judicial services open up a plethora of career opportunities for serving and retired judges as well. So if your career aim is to serve the public with a high social esteem, judicial services is the right one for you.