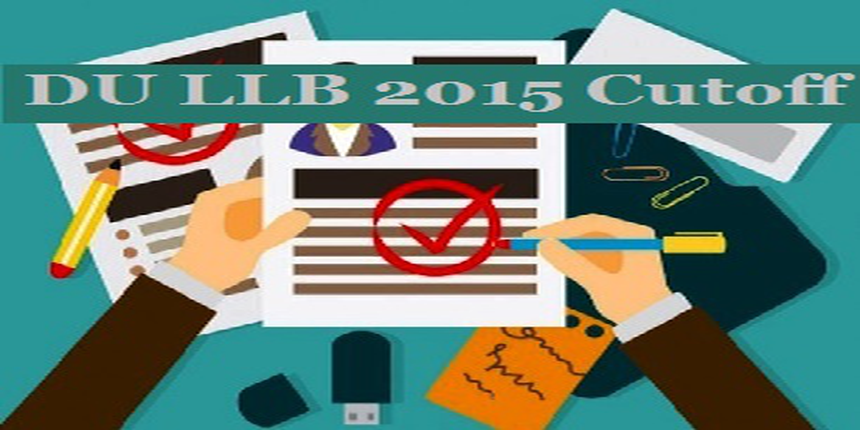 Careers360 had brought you DU LLB 2015 Cutoff for each and every category including General, OBC, SC, ST and PH.

DU LLB Cutoff Trend – Candidates who had appeared for DU LLB 2015 Entrance Exam could check below the cutoff trend of the University level law entrance exam. The pictogram could have helped you in understanding the maximum cutoff rank required for admissions to LLB programmes in the three law centre of the Central University –

The total marks for DU LLB 2015 was 700, where every correct answer were awarded 4 marks and for every incorrect response one mark were deducted from the total scored marks as per the negative marking scheme as mentioned in DU LLB 2015 Brochure.

University of Delhi, Faculty of Law invited only those candidates for DU LLB 2015 Counselling who qualified the minimum marks and secured the maximum ranks in DU LLB 2015 Entrance.

DU LLB 2015 Cutoff - Candidates can look below for cutoff of DU LLB 2015 as provided in the table for different categories including General, OBC, SC, ST and PwD.

According to DU officials, around 15000 candidates had registered for DU LLB 2015 Entrance Exam. Faculty of Law, Delhi University offers as many as 3610 seats for LL.B Degree programmes. Out of these, 301 seats are reserved for supernumerary candidates including PH/CW/FN.

Stay tuned to law.careers360.com for more news and feature articles on DU LLB 2015