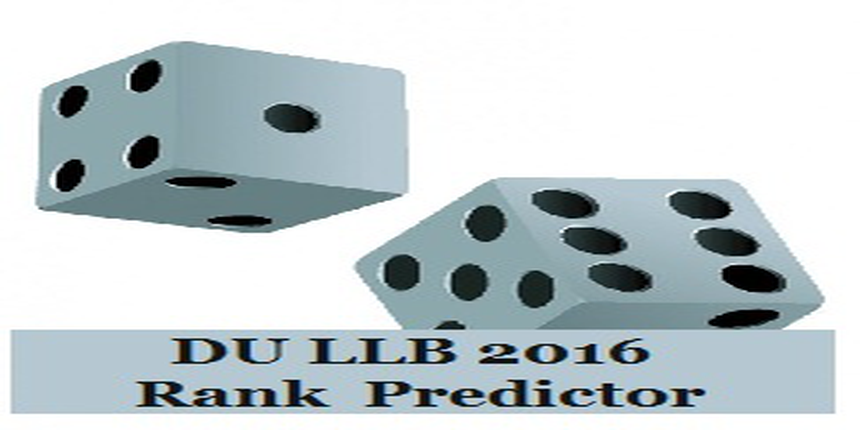 Using DU LLB Rank Predictor 2016, you can actually estimate your rank before the actual result of the law entrance exam comes.

DU LLB 2016 Results will be announced in the last week of June. Check here other important dates of DU LLB 2016.

Are your eager to know rank of DU LLB 2016, after appearing in the LLB Entrance Exam? You actually can predict your DU LLB 2016 rank using the tool, DU LLB 2016 Rank Predictor.

How to use DU LLB 2016 Rank predictor tool? – Below is the step-by-step guideline for using the rank estimator of DU LLB 2016

DU LLB 2016 Rank Predictor tool is as easy as the above pictorial representation. What you need to do is to login through your Facebook/Google Account and check your expected rank of DU LLB 2016.

how much time one should give daily after clearing exam in order to obtain good marks in college...

The amount of Study time , depends on the student itself . Especially when you are in yoir College life . You need to understand your own capabilities, strength and your intelligence, and Study accordingly.

And when you are in College, your extracurriculars activities, etc. matters as much as your academic Marks.  So It should be You who would be deciding the amount of time to be spend on Academics and Extracurricular activities , to Get good Marks and make your College life worth !