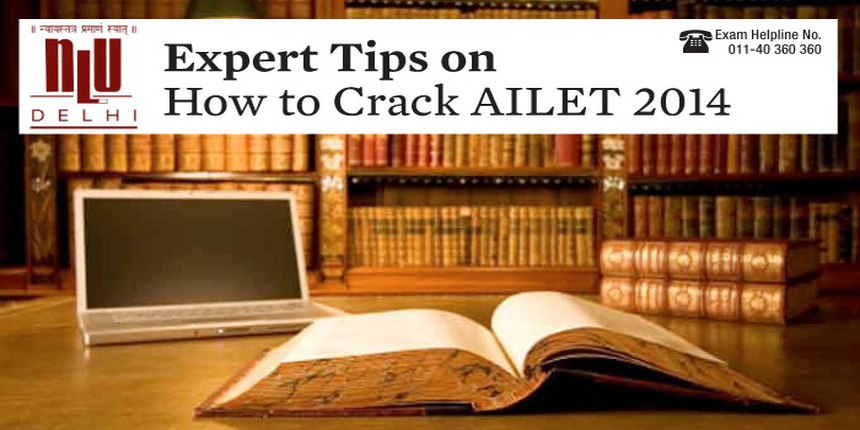 AILET 2014 is scheduled for May 4, 2014. As the second most coveted law entrance exam after CLAT is approaching, the exam aspirants must be getting prepared to claim a seat in NLU, Delhi. Careers360 brings you Expert tips on How to crack AILET 2014.

Read here the expert guidance on how to prepare for the law entrance exam, which books to consult and how to tackle the questions of AILET 2014. Moreover the expert suggests the Do’s and Don’ts in AILET 2014.

Read below the excerpts of the Interview with the Expert –

Careers360: How should the aspirants make preparation strategy for AILET 2014 in next three months?

Rajendra Khadav: As AILET shall be held on May 4, 2014. The AILET 2014 aspirants should now concentrate on revising their concepts and re-look their knowledge to be thorough with their revised concepts. They must start taking mock tests and previous years’ question papers. They should particularly focus on increasing their speed during taking these mock tests. Since time management is a very crucial factor in the exam, therefore they must take care of attempting the questions correctly tracking the time as well.

Careers360: Most aspirants who take AILET 2014 will be taking CLAT 2014 as well. How should their preparation be different viz a viz CLAT exam pattern?

Rajendra Khadav: CLAT 2014 is a national level exam to be conducted by Gujarat National Law University, while AILET 2014 shall be conducted by National Law University, Delhi. Candidates taking both the exams should not worry much regarding the different preparation strategy as the question pattern of both the exams is almost same but there is no negative marking in AILET. So while attempting question paper of AILET 2014, the aspirants should keep in mind this factor and accordingly attempt the questions.

Careers360: What are the preparation materials they can make use of at par the exam pattern?

Rajendra Khadav: I would suggest the candidates to read daily newspapers and one monthly current affairs magazine for current affairs and General Knowledge section. Moreover the students can choose any of the books of reputed authors for the other subjects.

Careers360: How many weekly hours do they need to put in for AILET 2014 preparation?

Rajendra Khadav: I will suggest for an average of 7-8 hours of core study per day. However it may differ for every candidate. The candidate should be comfortable with his study time table and he must have gaps in between the hours of study to relax.

Careers360: What should be the time management strategy for AILET 2014 mock tests and exam day?

Rajendra Khadav: As far as time allotment is concerned, AILET aspirants may divide section wise time according to their subject wise command. I suggest that they must practice so well that they are able to attempt 150 questions in 90 minutes. Moreover they can allot time including shading OMR sheet as follows –

Moreover, I would advise AILET 2014 aspirants to take as many mock tests as they can so that they will be able to manage the time for every section. During mock tests and solving previous years’ question papers, they should ensure to increase their speed along with attempting the questions correctly.

Careers360: What is your message to AILET 2014 aspirants?

Stay tuned to law.careers360.com for more news and feature articles on AILET Exam