For an effective legal system

Times have changed and the present curriculum and the demands of the profession zero in on an element of research in one or the other forms throughout the system. Dr. Sandeep S Desai from PES University talks about what makes a legal system effective and fruitful...

Dean Roscoe Pound has aptly described “Law is an instrument of social engineering.” It goes without saying that law acts as a regulator and a facilitator of human conduct. It is nothing but a means to recognise and reconcile the self-competing and overwhelming interests of human beings in a society. Admittedly, law is a seen as a reflection of the way a society ‘is’ and ‘ought’ to be. Thus, a legal system, primarily, is a tool to streamline the expectation and exceptions of men and women such that everyone is able to lead a life enjoying one's’ freedoms without trampling upon the liberties of others. 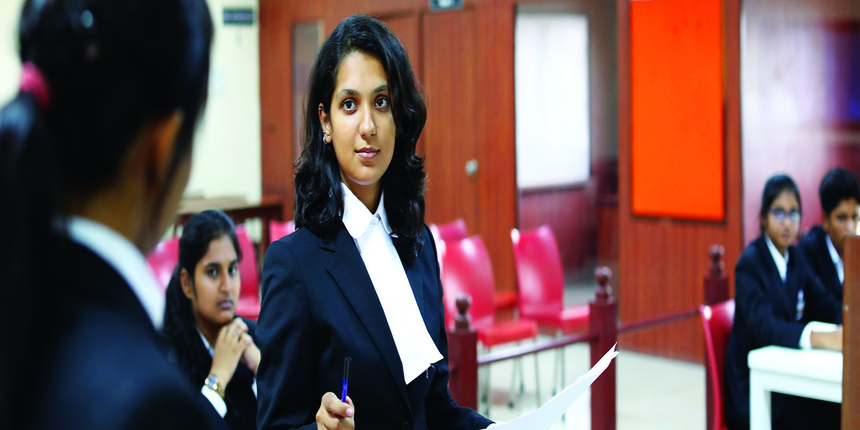 Human beings at the core

Laws deal with human lives which, in essence, as scathingly projected by Thomas Hobbes are ‘solitary, poor, nasty, brutish, and short’. As such, the fact that law has to deal with ambiguities and uncertainties vis-à-vis conflicting human interests hardly needs an explanation. Naturally, the contours of legislation and their implementation lack universal acceptance and approval. Consequently, the discipline of law grapples with the need for acquisition of more and more information whose sources viz., the human beings, themselves suffer from the lack of a unified reasoning capacity and thought process. Whereas the pure sciences, which deal with inanimate things, are fortunate enough to study and base their conclusion on the accurate and universal laws of science. This important distinction leaves the field of law with gaping holes when it is expected to deliver the goods.

Obliviously, one of the important means of compensating this lacuna is laying one’s hands on the near-perfect information and statistics. Now, the time-tested norm for coming into possession of such information is by resorting to proper research. Of course, pure sciences also arrive at their conclusion by relying on strenuous research and its unbiased application. However, as heretofore noted, they have an advantage of dealing with certain things all reacting in a certain manner when other conditions are equal. That is, they deal with definite samples and variables which tend to act in a particular way under ideal conditions and produce the same results. To this extent, the job of a pure scientist is made easy and his research outcome more acceptable. But in law, neither is there a certainty about the research components nor is there a unanimity among the scholars that research is sine qua non for producing a legal system which aims at, in the words of Jeremy Bentham, “‘the greatest happiness of greatest numbers.”

It is a renowned dictum that knowledge is power. Admittedly, knowledge comes from experience and experience is derived from experimenting. In other words, research is indispensable to arrive at the ultimate knowledge. Physical sciences have proved this beyond any doubt. But, it is humbly submitted, that the discipline of law -- be it legal education or legal profession -- has not given the due recognition to research component that it richly deserves. Until recently, legal education comprised nothing by way of a subject or a dissertation to impress upon the students the need for research. Similarly, the law practice did not envisage research as an inevitable trait to be a successful practitioner. Perhaps owing to the traditional outlook of legal profession as an avocation to be picked up and improved upon under the tutelage of the seniors, the discipline of law never contemplated a rightful place for research skills and techniques. Also, the nature of litigation having been confined to civil and criminal matters dominated by adversarial system of law, it was perceived enough if the lawyers were well-versed with the various statutes and precedents. Therefore, the legal education also was content enough to deal with the basic conceptual teaching of subjects to help the students to understand the fundamental principles involved.

Times have changed and a breeze of fresh ideas has done away with the older notions of theoretical pedagogy and precedent-based profession, and ushered in new paradigms. Developments like public interest litigations, alternative dispute resolution methods, class action suits, stress on practical subjects and outreach programs, corporate law practice and application of data sciences into legal research, etc., have changed the very foundations of legal education and profession. All such developments have mandated a thorough research be done apart from relying on scholarly critical reflections and precedents to succeed in taking law to the door steps of common man. Hence, the present curriculum and the demands of the profession zero in on an element of research in one or the other forms throughout the system.

The seeds of this transformation were sown in Muller v. Oregon wherein a brief submitted by Mr. Brandies (who later rose to become the Justice of the United States of America’s Supreme Court) comprised a vast array of information, culled out from different fields such as economics, history, political science, sociology and others, for arguments. Famously known as Brandies’ brief, his submission was a result of a fine research that became the basis for the present day ‘due process’ clause and the resultant PILs. This brief emphasized upon the need for a true empirical research for a legal system as a whole to be truly regarded as game changer and the law termed as an ‘instrument of social engineering’. In more ways than one, this leading judgment underscored the sociological foundations of jurisprudence and the practical necessity of pursuing empirical research to relate a law and a legal system to their main stakeholders i.e., the people at large.

India is at the threshold of these sweeping changes. Especially, the post-globalization phase has dramatically changed the panorama of legal education and profession. Law students are tested not only for their memory power but for their research skills, critical thinking abilities, aptitude for correlating legal subjects with other social and physical sciences and the overall sensibilities towards ushering in of an egalitarian society. The days of testing their legal prowess with reference to looking back only in the form of precedents are over and the legal professionals are appraised for their forward-looking vision and an all-inclusive attitude towards the solving of a dispute. Law is no more just a legal discipline but it transcends the boundaries of the law subjects per se and ventures into other fields hitherto regarded as unnecessary and irrelevant for resolution of a dispute.

As the thrust today is not on a victor-vanquished scenario, but on a win-win situation, the legal professionals are expected to do an exhaustive research to arrive at an amicable solution rather than a strict resolution of a dispute leaving some happy and others high and dry. Naturally, a reactive approach is to be shunned and a proactive approach is to be adopted and in order for the latter to succeed, various alternatives need to be looked into and the same can be achieved by students and professionals with a research bent of mind. In this context, it is heartening to note that many law schools are emphasizing on dissertations at graduation level, moot courts and several policy think tanks are grooming the legal professionals with an aptitude for empirical research to pave way for a better and an efficacious legal system. 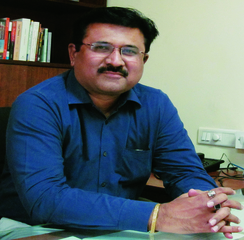