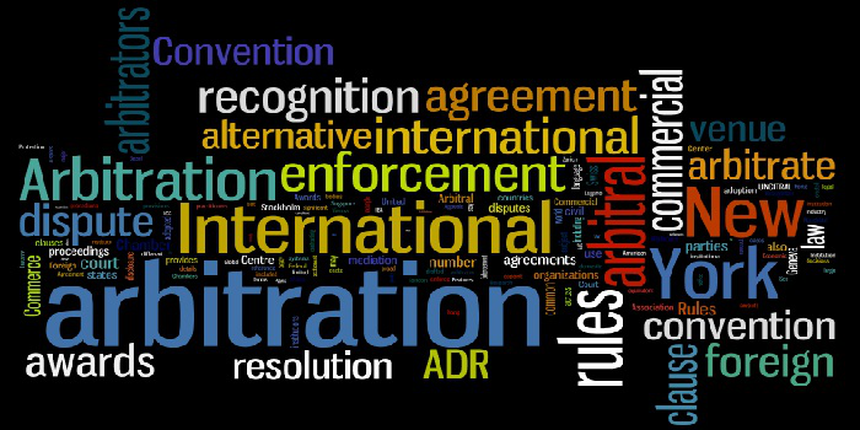 Ganesh Chandru also discussed the evolution of Commercial Litigation and its current scenario in Indian diaspora.

Read this interview from the series of Specialised Careers in Law to know the special traits delineated by Ganesh Chandru, Executive Partner, Lakshmikumaran & Sridharan.

Careers360: What is the scope of International Arbitration in India?
Ganesh Chandru: India has always been an attractive country for foreign investment. However, given the uncertainty that was hitherto prevailing regarding arbitration procedure and enforcement of awards in India, foreign companies were always sceptical about choosing India as a seat of arbitration. The Government of India, with a view to a making India an arbitration friendly jurisdiction, amended the Arbitration and Conciliation Act, 1996 (“the Arbitration Act”) in 2015. Further, in order to overcome the challenges faced by the users of arbitration in the application of these amendments, the Government has proposed further amendments by way of the Arbitration and Conciliation Amendment Bill, 2018. The Bill has already been approved by the Cabinet and it has been introduced in the current monsoon session of the Parliament.

Careers360: How is Arbitration different from Alternate Dispute Resolution?
Ganesh Chandru: Arbitration is one of the methods of Alternate Dispute Resolution (“ADR”). The difference between arbitration and other techniques of ADR like mediation and conciliation is that an arbitrator’s decision, called an Award (akin to a judgment given by courts in civil suits) is final and binding on the parties. Awards can be enforced across several countries pursuant to the Convention on the Recognition and Enforcement of Foreign Arbitral Awards, 1958 (popularly known as the New York Convention). About 159 jurisdictions are parties to the New York Convention. The other forms of ADR like mediation and conciliation help parties arrive at an amicable settlement.

Careers360: Why did you choose to become an Arbitration expert?
Ganesh Chandru: The question should be why I chose to be an arbitration practitioner rather than an ‘expert’ as an expert in the arbitration parlance usually connotes a technical expert (like engineers or accountants who testify as experts before arbitral tribunals).

The reason I chose to be an arbitration practitioner (both as counsel and arbitrator) is because arbitration is a facet of contentious law practice which is truly international. The playing field is much smaller compared to commercial litigation and opportunities are immense. In such an area of practice, one needs to be efficient, smart and flexible to adapt to the changing needs of the business community. More importantly, it gives me the satisfaction of ensuring quicker results for clients, and the constantly evolving legal issues in this field keeps me intellectually motivated. Further, it is an area of practice that gives an opportunity to deal with lawyers, arbitrators and cultures from around the world.

Careers360: You are also a seasoned Commercial Litigator. Considering Indian legal system, which of these specialized career field would have a larger impact?
Ganesh Chandru: Arbitration is the need of the hour, especially in a country like India where there is huge pendency and backlog of cases in courts. The latest amendments to the Arbitration Act and the recent pro-arbitration approach taken by Indian courts are very positive signs and arbitration is likely be the most effective way of resolving commercial disputes in the years to come. The Government is determined to promote arbitration and therefore it is bound to have a larger impact on the way business houses and commercial entities resolve disputes in the future.

Careers360: What are the special traits one should have to begin a career in Commercial Litigation and International Arbitration?
Ganesh Chandru: There are two important skill sets that every commercial litigation / arbitration practitioner should possess. These are (i) good drafting and (ii) clear, correct and concise oral arguments. Further, one needs to have strong command and in-depth knowledge of core subjects like Contract Law, Torts, all Commercial laws, Civil Procedure and Arbitration. In India, legal practitioners should also be thorough with the salient provisions of the Constitution of India and the leading constitutional law cases decided by the Supreme Court as it is cardinal to litigation practice in the country. One should also be able to quickly switch between issues and subjects. Adaptability is an important resource to do well in the legal profession. Increasingly, in my view, technology will play a great part in legal practice. So, lawyers who are tech-savvy will have a greater advantage. Aspects such as punctuality, proper and full preparation for a case, acting in the best interest of the client and most importantly adhering to professional ethics will help a lawyer maintain the integrity that is required of a person engaged in this noble profession.

Careers360: What are the possible challenges to be faced in International Arbitration career field?
Ganesh Chandru: One possible challenge that a young lawyer may face in his / her international arbitration career is the difficulty to gain visibility in the initial years of practice. As I mentioned above, the arbitration community is small and as more and more young professionals join the field every year, competition will become much more intense. However, if one is patient and puts in hard work then this area of practice can be extremely rewarding, both intellectually and monetarily. Another aspect that an international arbitration practitioner may face is that she or he may need to deal with procedural and substantive laws of a country whose legal system is completely new to them, for example, a lawyer trained in a common law jurisdiction (like India) has to deal with a case where the governing law of the contract is of a civil law country (like France). However, one should view this as the most interesting aspect of this area of practice rather than a challenge as it opens doors for a young lawyer to learn different legal systems.

Careers360: How rewarding is the remuneration as Commercial Litigator and International Arbitration lawyer?
Ganesh Chandru: In India, a newly qualified lawyer who wishes to practice dispute resolution either starts his career as a junior in an independent counsel’s chambers or joins the litigation / arbitration department of a law firm. While the top tier law firms in India offer good retainer packages, the work can be quite demanding. However, if one is ready to work hard and make their way up to become a partner, then it can be very rewarding. It is the same or even more demanding when one works with an independent counsel, in most cases for a lesser remuneration at the start, however after the hiatus period and training, these lawyers tend to develop their own set of clients and many-a-times start their own practice. Some choose to stay with their Seniors for the predominant part of their legal careers. If a lawyer is designated as a Senior Advocate in India and is very successful, then the remuneration can be very rewarding and on par or sometimes even more when compared to top counsel in other leading jurisdictions. For international arbitration, most companies prefer to choose law firms as the amount of work to be done is quite heavy and the perception (which is often true) is that it is best to engage a full-fledged dedicated team specialising in this area of practice.

Careers360: What are your suggestions for those who wish to become a successful International Arbitrator or Commercial Litigator like you?
Ganesh Chandru: I would suggest young law graduates who are interested in building their career in the field of arbitration to have a strong understanding and knowledge of both domestic and international arbitration law and to keep abreast of all recent trends and developments in this area. Students should try to participate in arbitration conferences and learn from practical experiences that are shared by speakers at these events. In addition to this, participating in arbitration moot court competitions helps in developing presentation and drafting skills. The Willem C. Vis International Commercial Arbitration Moot organised in Vienna and Hongkong every year is an extremely useful opportunity for students who seek to practice in the field of international arbitration. I would also advise law students to write articles to improve their writing skills. Further, students should try to secure internships with both arbitration and litigation lawyers as it very important to understand the dispute resolution process.

For commercial litigation, the skill sets to be developed are very similar. In addition to the Vis Moot, participating in other National and International Moots can be of great help. One of the best experiences that I had as a law student was when I represented India at the Philip C. Jessup International Law Moot Court Competition in Washington, DC. It gave me an opportunity to draft written memorials and make submissions before legal practitioners and law professors of international repute, in addition to being bestowed the sense of pride and honour of representing the motherland in an international forum.