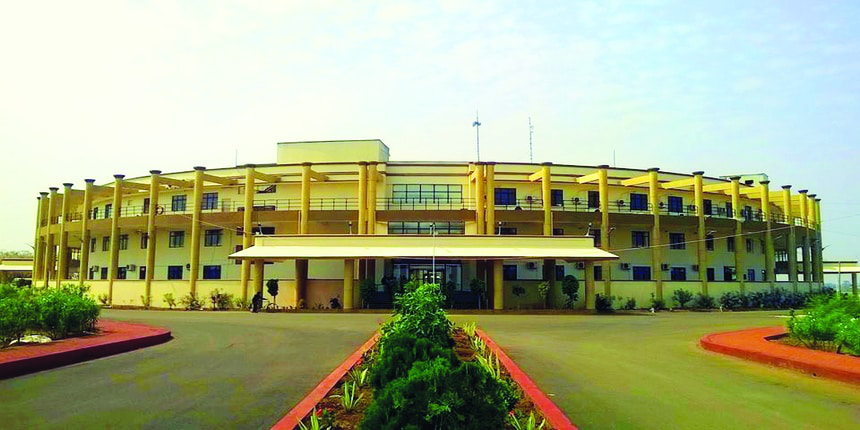 When it was founded in 2003 by the Chhattisgarh government, Hidayatullah National Law University (HNLU) in Raipur assumed a name to match its vision. Justice Mohammad Hidayatullah was the eleventh Chief Justice of India, and the sixth Vice President of India. He had also served as an Acting President of the country. A son of the soil, he studied in a government school in Raipur before going on to achieve greater heights in education, especially in the field of law. For a law student, Justice Hidayatullah’s journey as a lawyer to the highest offices of the country is an inspiration.

After joining the bar at the age of 25, the young Hidayatullah served in the High Court of the then Central Provinces and Berar (Central Provinces later became the undivided Madhya Pradesh) before becoming Advocate General. He became an Additional Judge of the same court in 1946 and was soon appointed as a permanent judge and later the Chief Justice of Madhya Pradesh High Court. He was elevated as Supreme Court judge in 1958 and after serving for nearly 10 years, he was appointed as the Chief Justice of India. He had the distinction of being the youngest Advocate General, youngest Chief Justice of a High Court and the youngest Judge of the Supreme Court of India.

“Since its inception with the motto of ‘Dharma Sansthapanartham’, our university is continuously trying to produce not only legal professionals but responsible citizens. Along with dedicated faculty members, the university provides state-of-the-art infrastructure, modern teaching aids, Wi-Fi-enabled fully residential campus, IT Lab, Moot Court halls, enriched library etc. for the overall development of students. Over the last 15 years, students of HNLU have proved themselves in diversified fields and due to their consistent efforts the institution emerged as a center of excellence in the nation,” says Vice-Chancellor Justice Chandra Bhushan Bajpai, a former judge of the Chhattisgarh High Court.

The university had a humble beginning, functioning from a rented building in Raipur. In 2009, HNLU moved to a brand new campus in Atal Nagar, 28 kms from Raipur. Dr. A.P.J. Abdul Kalam, the then President of India, laid the foundation stone of the permanent building in 2004. Atal Nagar is also the place where the new capital of Chhattisgarh is coming up. The 65-acre new HNLU campus has a natural lake and sits across a jungle safari. “Ours is an eco-friendly campus in a pollution-free environment,” says HNLU Registrar Dr. Ayan Hazra. Solar energy powers hostels and street lights on the campus dotted with trees. “We have an energy audit every year,” adds Dr. Hazra.

“HNLU helps to promote legal education to those who do not get the opportunities,” says Dr. Hazra. Situated in a state dominated by tribal communities, the university attaches utmost importance to serving the people. HNLU has adopted the nearby Upparwara village where HNLU students conduct weekly classes in its three government-run schools.

A highlight of HNLU campus is a flagship national moot court competition named after Justice Hidayatullah based on Environmental Law. “The Moot strives at inculcating the principles of sustainable development and has thus kept with its theme of environmental law; specifically transnational environmental concerns,” says Dr Hazra. The best of the teams in the country participate to determine the best advocate for environmental rights. Forty teams applied for the competition in 2018 with 30 teams receiving selection after extensive screening. With the financial assistance received from the Government of Chhattisgarh, the university spends Rs. 1 crore every year for participation of students in moot court competitions, seminars, conferences and workshops at national and international levels.

The university has one of the best indoor and outdoor sports facilities among higher education institutions in the country. There are grounds for cricket, football, basketball and volleyball along with separate gymnasiums for girls and boys. There is also an indoor badminton court. The annual national cultural and sports festival of the university called Colossus is a favourite among universities in India. “As many as 170 colleges from across the country participate in Colossus,” says Jain.