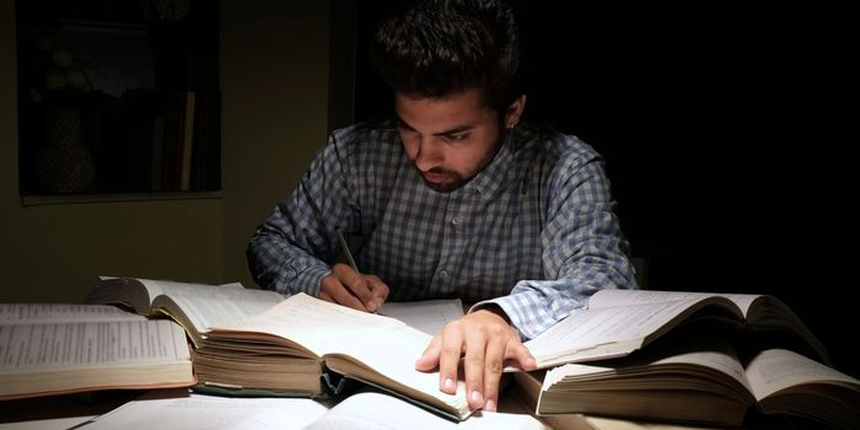 The T.I.M.E. expert speaks to Careers360 about the CLAT preparation strategy for last month. Read the CLAT 2018 expert interview to get an overview of the subjects, their topics and what’s required for the Common Law Admission Test.
Excerpts
Careers360: With almost 30 days remaining, what should be the focus of CLAT aspirants now?

Amit Poddar: The CLAT 2018 aspirants now need to focus on time management and attempt accuracy. When it comes to attempting 200 questions in 200 minutes in an online exam, time management is the most crucial point which should be taken care of. The candidates should strategize their attempt plan in accordance with the subjects. The CLAT aspirants should attempt the questions section-wise depending upon their question-type. However, the strategy of each test taker will vary. The candidates should now move onto taking mock tests. With each mock test, they can improve. Attempting questions in a mock test will help them in getting an overview of the real-exam format, provided they take it, seriously.

Careers360: Which section should a CLAT taker attempt first? How would it impact the CLAT score?
Amit Poddar: As suggested earlier, the CLAT taker is the best person to choose the section which needs to be attempted first. It will depend on their grip over the subject and topics of CLAT online paper. Say for example, if you choose to attempt the GK section first, it’s assumed that you are well versed with the current affairs and static General Question questions. This will help in solving the questions easily and correctly in less time. This saves time as well as help scoring more.

Careers360: Can you suggest CLAT aspirants with the question-solving strategy for GK and Legal Aptitude sections?
Amit Poddar: The silver lining is the GK questions where a CLAT taker can at least go through the 50 GK questions in just 10-15 minutes. Moreover, if CLAT repeats the last year’s trend then there may be 15-16 Legal Maxim questions and Foreign Words in Legal Aptitude section as well. This means around 60-70 questions can be done in around 20 minutes. The candidate’s reading speed will be the key, which may save a lot of time. This time saved can be used in other sections.

Careers360: A lot of candidates fear Mathematics questions. What is your advice for such CLAT aspirants?
Amit Poddar: With the name 'Elementary Mathematics and Numerical Ability’, the questions of this section is justified. It’ll be a big mistake not to attempt the section in the CLAT 2018. With the basic knowledge of Mathematics, one can easily attempt all the 20 questions and attempt them with 100 percent accuracy. This can definitely increase the overall score and help a CLAT taker clear the overall CLAT cutoff.

Careers360: It’s well noticed that the exam takers are worried about cut-offs, even before the exam. Do you have anything to suggest on this?
Amit Poddar: What I can suggest to the CLAT aspirants on this is not to have any pre-conceived notions. The CLAT 2018 paper will be more or less same for each test taker. The aspirants are in the same boat, so one need not be very happy if the paper is easy and one need not be very sad if the paper is tough. The cut-offs are supposed to be higher if the paper is easy and vice versa. So, the candidate should not think of cut-off well before the exam, at least, while they should completely focus on preparing for the exam. Further, I would suggest them not to think of the number of attempts before attempting at the paper. The number of attempts would go down by the whole group if the paper is tough thereby reducing the cut-offs. This can ease out the exam pressure and would result in sensible attempts rather than making wild guesses and end up scoring less.

Careers360: How can leaving out questions help in scoring more?
Amit Poddar: This is tricky. This may sound strange but indeed by leaving out questions, you may score more. Going through all the questions is of utmost importance and doing that will definitely mean leaving questions where you are not sure of. You should first attempt the questions where you are sure of and leave questions which are out of your ability. Eliminate options smartly and choose the best among the given options. Have an eye to identifying the easy questions, moderate and then difficult ones. The questions and the answers are right in front of you. Be smart! The only way to develop this knack is to attempt a lot of mocks before the actual exam. While you leave the sceptical questions, you are saved from the negative marking of 0.25 marks for each wrong attempt. Therefore, you may score more than others who attempt and bear the consequences.

Careers360: What will you advise the CLAT 2018 takers on time management while attempting the questions?
Amit Poddar: Sometimes, the candidates may be halfway a passage or stuck with a reasoning question and not able to understand the head or tail of it. This is when you need to listen to your mind and not your heart. The heart may ask you to spend some more time on it and the brain would ask you to leave the sinking ship. So, be flexible enough to move on and look at the undone questions rather than wasting the precious time and gathering negative marks.