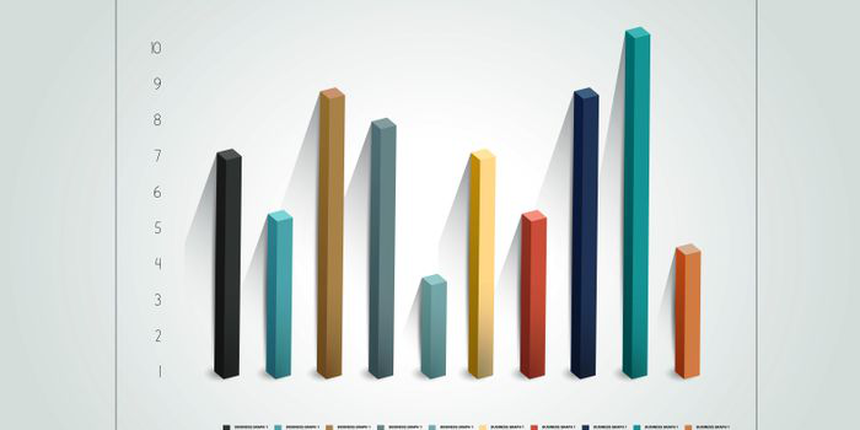 The aspirant planning to appear in the LSAT India exam may consult the table below to check out previous years cutoff of LSAT India.

Will a candidate be considered for admission if he/she doesn’t meet cutoff criteria?

Generally, if a candidate fails to score a rank (or score) equivalent to the LSAT India cutoff 2021 determined for the programme, the candidate will not be considered for admission.

Law School Admission Council (LSAC) will declare the result of LSAT India 2021 in online mode a few weeks after the conduct of the exam. The result would include details like the name, roll number, marks, percentile, and score band secured by the candidate. To check their results, the candidate will have to go to the LSAC official website and click on the result link (which will be activated once the result is declared).

The candidate will be able to select the LSAC affiliates with whom they would like their LSAT India 2021 scores to be shared at the time of filling the LSAT India application form.

Question: Will LSAC release the cutoff of LSAT India 2021?

No LSAC role ends with declaration of results and sharing it will affiliate colleges. It is the LSAT India participating institutes that will publish LSAT India cutoff.

Question: When will the cutoff of LSAT India 2021 be released?

The participating institutes will publish CLAT cutoff 2021 at the time of counselling and admission.

Question: Will I be considered for admission if I don’t meet the LSAT India 2021 cutoff?

Candidates who don’t meet the cutoff determined by the institute are unlikely to get admission.

Question: On what basis the participating institutes will determine LSAT India cutoff 2021?

Question: When will the result of LSAT India 2021 be declared?

LSAC will declare the result of LSAT India within a few weeks of the conduct of the pencil and paper exam.

How to prepare for LSAT India 2021 - General, Subject wise tips

(LSAC) has announced the important dates of LSAT India 2021 al...

I have done B.Com(H) and then MBA. Because I have interest in law, I would like to persure LLB. Please help me know if this is a good decision? And would this be fruitful in future?

Hi...
However, if you just want to be a professional with an additional qualification, an  LLB is a very  good addition to the  MBA degree.  After  MBA  Finance, you could look at  doing  LLB  in Mergers & acquisitions, corporate law, corporate finance, etc.
Read More
Answer

So if you satisfy the above eligibility criteria then you can appear for LSAT India 2021 irrespective of your percentage in graduation.

For complete details about LSAT India 2021 eligibility criteria kindly check out the link given below :-

Aspirants who submit their application form for LSAT India 2021 between February 5 and June 4, need to pay Rs 3,799 for the application fee.

Candidates have to fill the application form latest by June 4, 2021.

I am Law Undergraduate please advise whether LSAT exam is fir me and beneficial to me.

There are over 52 associate or participating institutes of LSAT India 2021 that will use LSAT India 2021 scores for admission; courses on offer include BA LLB, BBA LLB, BCom LLB, BSc LLB, three-year LLB and LLM. Interestingly, the role of LSAC is limited to conduct of LSAT India 2021 entrance exam and sharing of exam scores with participating institutes. The candidate will have to apply separately to these colleges, who will use LSAT India scores to shortlist candidates. They will prepare merit lists for counselling and seat allotment considering marks scored by the candidates in the remote proctored exam.

While LSAC is responsible for the conduct of LSAT India 2021 entrance exam, it doesn’t specify any eligibility criteria for the exam. It is because its role is limited to conduct of the exam declaration of results and sharing of exam scores with participating institutes. It is the LSAT India participating institutes 2021 that will release institute-specific eligibility criteria for admission.

For more information use the link

Here is the list of colleges in India accepting LSAT exam