The staggering number of pending cases and the rising vacancies in lower judiciary are stifling India’s justice delivery system. Avik Muukherji, the specialist of writ law talks about the way out and career avenues in Indian legal profession…

Modern societies differ from all forms of pre-modern ones in one significant way: to tweak a Marxian adage, it is in the “withering away” of society itself from pre-modern ‘social’ to post modern ‘individualistic’ entities that the change is most stark. The family is no longer the unit in modern societies; the individual is. The thinking is no longer grounded in and dominated by duties; individual freedoms, rights and claims dominate the thought of post-modern actors. The community no longer settles disputes; specially constituted disputes resolution forums such as courts and tribunals do. The upshot of this dramatic change is that aspirational and rights-conscious individuals have willy-nilly placed themselves at the disposal of a class of professionals who either dispense justice or who help those in the business of dispensing justice. 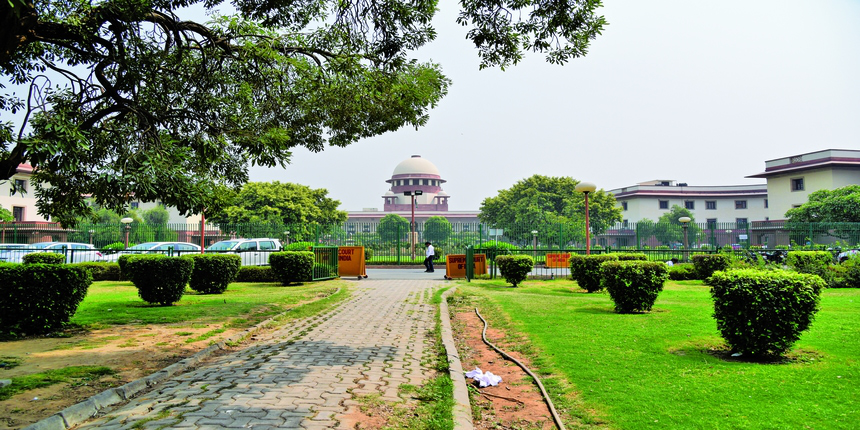 If there is one thing that has outstripped the rise of the legal profession, it has been the saturation of courts by litigation. The saturation soon became so unmanageable that tribunals were set up to try subject-matter specific disputes. Though disparaged by legal purists, this “tribunalisation” of the justice delivery mechanism is today not just a necessity but also the only way in which justice had any hope of being delivered.

But soon cases began to pile up, not just in tribunals, which were ostensibly created to lighten the burden on regular courts and clear the bottlenecks, but also in the regular courts, where pendency increased exponentially over the years. Estimates of pending cases differ: while ex-CJI Deepak Mishra bemoaned the backlog of a staggering 3.3 crore cases, the National Judicial Data Grid statistics indicate a figure of 2,67,73,356 in all the courts in India.

All this portends towards three developments: (i) Judicial reforms; (ii) Further tribunalisation; and (iii) Vacancies and opportunities.

While the number of pending cases in the Supreme Court has hovered between 59,000 and 63,000 in the last four years and those in the 24 high courts of the country between 38 and 41 lakhs in recent years, the backlog in subordinate courts, which are the back-bone of the legal system, has constantly gone up. This, despite tribunals having been set up. In the event, the need for judicial reforms cannot be over emphasized.

One import step in judicial reform is the need to address the severe shortage of judges, particularly in the subordinate and high courts. As on 1 September 2015, out of a sanctioned High Court strength of 1,079 judges, there are only 666 judges—leaving a shortage of 413. In the subordinate courts, where the vacancy of judicial officers is about 20,000, there is a shortage of about 5,000 judges—a staggering 25 percent!

Filling up of vacancies

The subordinate judiciary comprises the district and session courts where civil and criminal matters originate for trial, and the lower civil and magisterial courts. All these work under the supervision of the high courts of the state. Posts for subordinate judges are filled up by the Governor of the state in consultation with the state high courts. And the court recommends names of candidates based on those who successfully clear a written examination, which is called the state subordinate judicial service examination. The minimum academic qualification for taking this examination is a simple LL.B. Results follow a written test and interview.

Additionally, there is a higher judicial service exam conducted at the state level for appointment to the post of (Addl.) district judge. To take this examination, one needs an LL.B with seven years of experience at the bar as a practicing lawyer.

Appointment of a judge of a High Court is provided by Article 217 of the Constitution, which says:

Regarding appointment as judge to the High Court clause (2) of Article 217 says:

(a) has for at least ten years held a judicial office in the territory of India; or

(b) has for at least 10 years been an advocate of a High Court or of two or more such Courts in succession.”

Though there is a degree of stagnation, particularly for judges in the lower and subordinate courts, the powers-that-be know only too well that if vacancies are not filled and timely promotions to the deserving in the subordinate and appellate courts are denied, the judicial and justice delivery system will one day implode under the weight of litigants’ frustration, disappointments and despondency with the ‘system’. If the constitution is to function and the regime established by it is to continue without encountering serious challenge from within, assured career progression to the deserving is as much a sine qua non as quick and efficient justice is.

But the path for a candidate selected as a judge in the subordinate judiciary is clear. Good and conscientious work at the job still has the very real possibility of the High Court above taking note of the work done and a possible elevation to the higher judiciary—for, it must not be forgotten that the CJI and his collegium of senior judges appoints judges to the High Court from amongst meritorious lower court judges. In this way, India has produced many a fine judge of the High Courts; and also some, like the illustrious H R Khanna, who began as a subordinate court judge, have gone on to grace the hallowed portals of the Supreme Court.

How to prepare for reading section of LSAT India: Expert advice