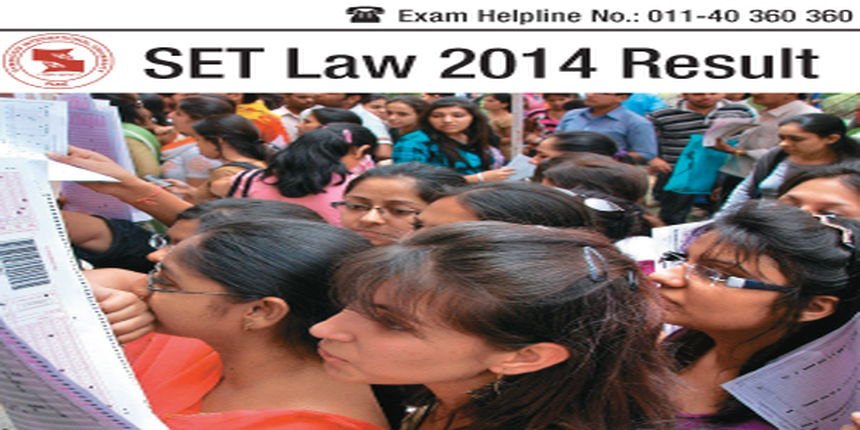 SET Law 2014 Cutoff had been declared by Symbiosis Law School, Pune. Click here to get the official SET 2014 cutoff.

To get complete admission guidance for SLS Pune and other Law Schools, Click here

SET Law 2014 Exam Question Paper had 150 questions with four responses as answers. Candidates needed to choose one correct response among the four which suited best to them. Each question carried one mark. Thereby the total marks allotted for SET Law 2014 Entrance Exam was 150.

Each correct answer was rewarded one mark and there was no provision of negative marking. However questions marked with more than one response were marked wrong and no marks were given to the very question.

After undergoing the process of PI-WAT, Symbiosis International University had announced a final merit list, based on the performance of SET Law Entrance Exam and PI-WAT.

SLAT participating institutes 2020 - There are four SLS colleges that will participate in SLAT 20...

Formation of real image using a biconvex lens is shown below : If the whole set up is immersed in water without disturbing the object and the screen positions , what will one observe on the screen ?

Hello! The answer to this is that the image will disappear . We know that

where u1= refractive index of medium of object

u2= refractive index of lens

and R1 and R2 are the radius of curvature of the two surfaces of lens.

where Ureal= refractive index in which the set up is kept.

Now, when we immerse the whole apparatus in water then Ureal changes and as you changes f also changes. Now, the value of u will be same but f changes so the value of v also changes but the SCREEN IS KEPT AT THE SAME DISTANCE AS BEFORE so the image will not coincide on the screen and it will disappear.

jee barch marks in obc to get set

For details go through the following link:

rank required for Bc to get set in jntu

As per the previous years, cutoff trends for admission into JNTU, Kakinada, the closing ranks for the domain of Electronics and Communications Engineering for respective categories are:

For more information related to cutoff trends about JNTU, Kakinada please go to the following link:

I have applied for the GAT exam and in my Admit Card the size of the photo is very small and is not clearly visible, but it is according to the set limit.The date of editing is also gone so how will I edit my photo size so that I may not face any problem on the date of examination

If admit card is issued then there will not be much problem. But as you are saying it is small and not much visible, it might cause little problem but it is upon the person during the exam how they will react. But I think they will allow you to write and there is no other way to change your photo now. You do carry id which has same photo if possible, if not do carry some additional IDs so it doesn't make any problem.
Read More
Answer
Answer Later
Report
3 Views

how to prepare for SET examination 2020

The pattern of set or slat is same as of clat in some ways. So you have to prepare as same as for clat you can join a coaching nearby you this exam involves no negative marking
Read More
Answer
Answer Later
Report