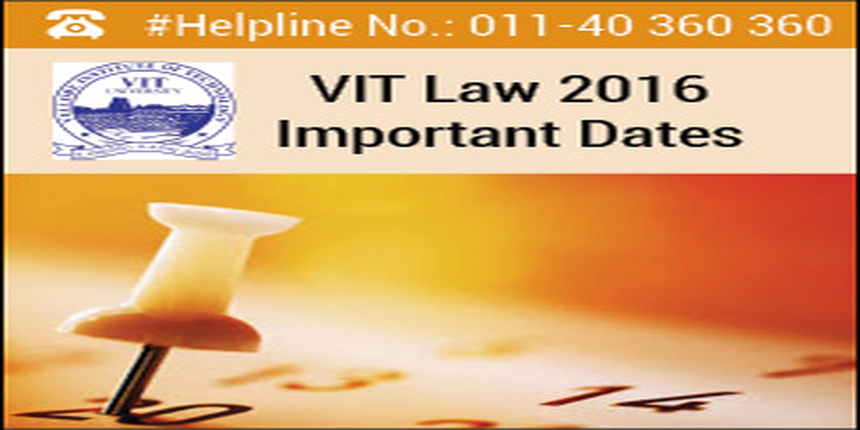 The admissions of under graduate programmes will be conducted on the basis of scores of any national level law exams including LSAT India 2016 and CLAT 2016.

VIT Law 2016 Applications – Candidates seeking admissions can obtain the application form of VIT Law 2016 from admissions office of the VIT University or online through the official link provided here from April 15.

Stay tuned to law.careers360.com  for more news and articles on VIT Law 2016

A day-long national conference was organized by VIT University School of Law, Chennai on March 25...

Showing 1 out of 1 Questions
88 Views

Yes there are entrance exams like CLAT and LSAT which are going to be held in MAY,June and in VIT law college is accepting admissions through them as there are only 180 seats for BBA and cutoff is General category candidates need minimum 45% marks in the qualifying exam,  while SC and ST candidates need only 40% marks. The fees structure is 8.05 lakhs for 5 years.

View All Questions
Have a question related to VIT Law School, Chennai ?

Your VIT Law School, Chennai brochure has been successfully mailed to your registered email id .