Rajiv Gandhi National University of Law (RGNUL) Patiala has released CLAT 2016 Answer Key along with the response sheets of individual test-takers on May 8, as scheduled earlier. Careers360 brings ‘What CLAT 2016 answer key reflects’ to help law aspirants with important features of answer key and response sheets of the common law admission test (CLAT). 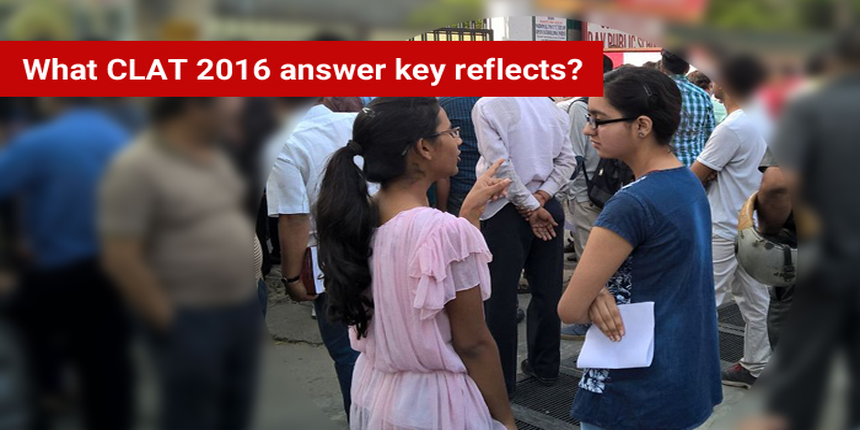 Candidates can find below the screen-shot for clarity–

How to represent / file your objections regarding CLAT answer key 2016

Once you have checked your answer keys / response sheets of CLAT 2016, you can send your doubts to the official exam conducting body between May 13 and May 15, following the procedure detailed below–

Representations can be sent through the official window below -

Points to be noted while filing objections

CLAT committee and RGNUL Patiala have asked the test-takers to file their objections by May 15, 2016 in the prescribed format, following which the committee shall be uploading the amended answer key of CLAT 2016 by May 20.

After the release of amended answer key by the exam body, the results of CLAT 2016 shall be announced on May 23 along with issue of category-wise CLAT 2016 merit list.

CLAT is the common law admission test conducted by one of the 17 NLUs in rotation, every year for admissions to 2252 five-year integrated undergraduate seats. As many as 45,041 candidates have reported to appear for the coveted law entrance examination.

As CLAT committee releases the official question papers and individual response sheets for candidates on May 12, experts and test takers have raised doubts on many questions and answer options. Several test-takers have doubted about 10 contradictory answers including one question which was out of CLAT 2016 syllabus. CLAT experts also suggested many errors in the answer key released by CLAT body.

Stay tuned to law.careers360.com for more updates and features on CLAT