The Consortium closed the CLAT 2023 LLM application form on November 18. CLAT LLM exam 2023 will be conducted on December 18, 2022, in offline mode. Recently, the exam authorities have also added one more campus of Gujarat National Law University, Silvassa to the list of CLAT participating institutes.

The national-level law entrance exam, CLAT LLM is conducted by the Consortium of National Law Universities (NLUs) in offline (pen and paper) mode. It is a common entrance test for admission to 19 national law universities.

As per the exam pattern of CLAT PG 2023, the test included comprehension-based questions from various legal subjects of graduation level. Each question will carry one mark and each incorrect answer will invite a penalty of -0.25 marks. Candidates should check the CLAT 2023 syllabus for PG before starting the exam preparation. For preparatory purposes, candidates can refer to the previous year's CLAT PG question papers. 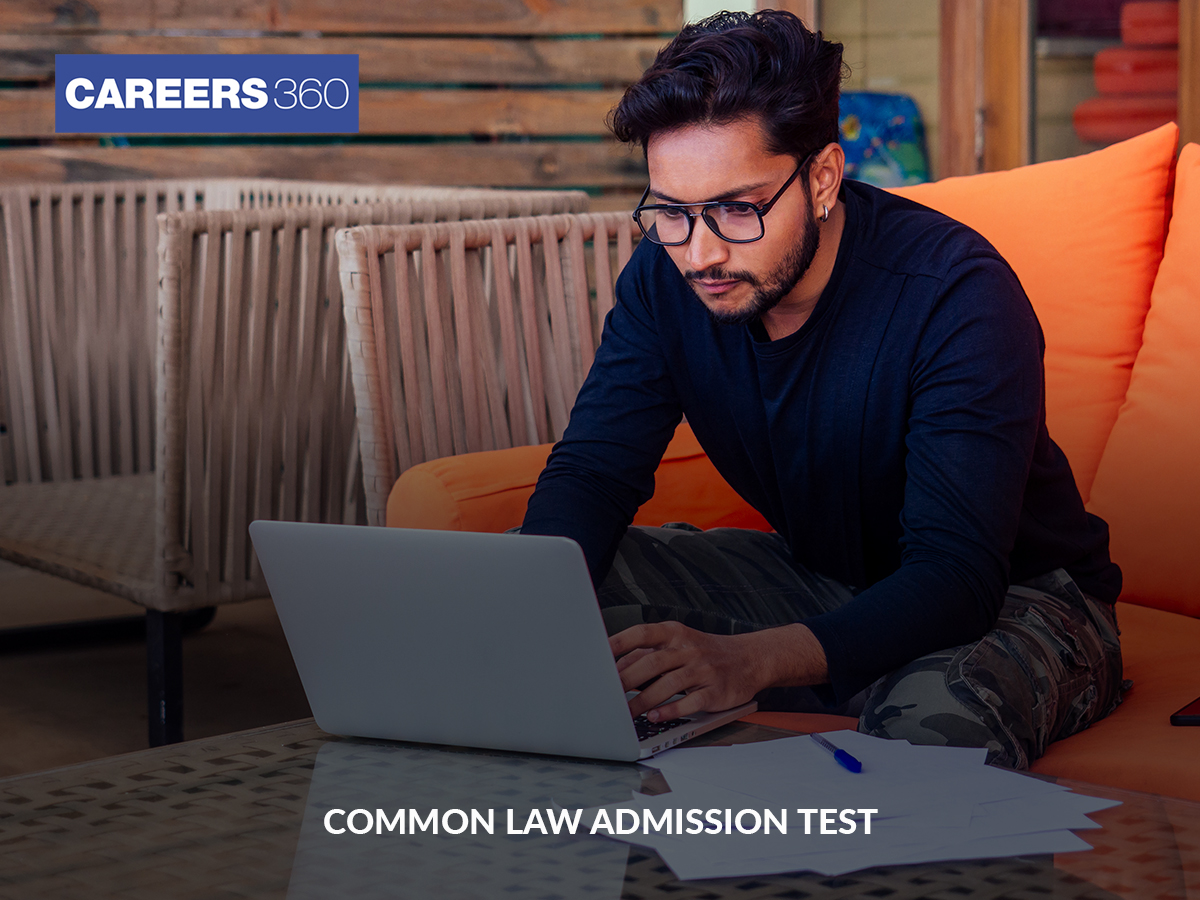 Counselling - Payment of university fee for freeze or float options and admission by nlus for the third allotment list | Mode: Online

Counselling - Payment of university fee for freeze or float options and admission by nlus for the fourth allotment list | Mode: Online

Past Dates and Events

Counselling - Payment of confirmation fee to consortium for freeze and float options and admission by nlus for the second allotment list | Mode: Online

Counselling - Payment of confirmation fee to consortium for freeze and float options and for admission by nlus for the first allotment list | Mode: Online

Essay on topics of law and contemporary issues

CLAT PG exam pattern is officially provided by the consortium. The exam pattern of CLAT PG includes details such as the number of questions asked, mode of exam, marking scheme, question type and related information.

How to address discrepancies in CLAT PG admit card 2023

It is vital for candidates to check that the details mentioned in the CLAT PG 2023 admit card such as the name is correctly spelt, the right photo is included, and that the information is legible. In case it is not so, candidates need to get in touch with exam officials immediately and get the error rectified.

CLAT PG 2023 exam day document checklist : On the day of exam, along with the admit card, the candidate also needs to bring with them a valid photo id proof, including Aadhaar card/PAN card/driving license/passport, etc.

For calculating marks, refer to the official marking scheme. In case the candidate feels like there is any discrepancy in any of the keys, they may challenge the provisional key(s) within a given time frame on payment of a fee. Exam officials will notify a window during which challenges can be filed.

All objections are considered by the consortium before officials release the final answer key of CLAT PG 2023. An important distinction between the final and provisional keys is the keys mentioned in the provisional key can be challenged, but no challenges to the final keys are entertained.

The exam conducting authority has declared the result of CLAT PG 2023 on December 23, 2022. The result is declared in online mode. CLAT 2023 result is available at the official consortium website in the form of scorecards, which includes details like the score obtained by the candidate, AIl India Rank (AIR), and category of the candidate.

The marks obtained by candidates in the CLAT PG exam will later be used to prepare the CLAT PG merit list. This merit list will be further used for counselling and seat allotment process.

In cases where two or more candidates will score the same marks in CLAT PG 2023 exam, the consortium of NLUs will use a tie-breaking procedure to decide the merit rank.

The CLAT PG 2023 cutoff is the minimum rank or score that a candidate will have to secure in order to get admission to the LLM course at any of the participating NLUs. The CLAT PG cutoff 2023 will be category-specific and released separately for the NLUs. Candidates will be required to meet the cutoff criteria (on the basis of their categories) for the applied institute to be considered for admission. Candidates failing to meet the cutoff will not be considered qualified for further admission process.

NOTE: If any of the above parameters change, the CLAT PG cutoff will also be changed.

Question:How many questions will be asked in CLAT PG 2023?

A total of 120 questions were asked in CLAT UG 2023. Each question carried one mark and incorrect answers attract a penalty of 0.25 marks.

Question:What educational qualification is needed for appearing in CLAT PG 2023?

For CLAT PG 2023 exam, candidates should have a graduation degree in Law.

Question:Is there any upper age limit for appearing in CLAT PG 2023?

No, there will be no upper age limit for appearing in the postgraduate exam.

Question:What is the full form of CLAT PG?

CLAT PG is the short form of the Common Law Admission Test for Post Graduate.

Question:Will CLAT PG scores used for admission to NLUs only?

There are 19 NLUs that are participating institute of CLAT PG exam and use CLAT PG scores for admission purposes. In addition to this, over 60 law colleges across the country accept the CLAT LLM scores.

Question:Are there any changes to the exam pattern for the new session?

Question:Can candidates who haven't yet appeared in their qualifying exam still appear in CLAT PG 2023?

As per the eligibility criteria, any candidate who will be appearing in the final LLB or any equivalent exam in April/May 2023 will be eligible to take CLAT PG 2023.

Is it necessary to take CLAT PG for PG admissions at National Law University, Nagpur?

The postgraduate programme at MNLU Nagpur requires CLAT PG, therefore yes, applicants must take it. Candidates must pass the CLAT PG (Common Law Admission Test Post Graduate) to get admission to a post graduate programme. Additionally, candidates must receive 50 per cent (45 per cent for SC/ST students) or above on their L.L.B. exam from a university that has been approved by the Bar Council of India.

You have to appear in the exam of CLAT through the official website of clat exam. The last date of CLAT 2023 is 8december 2022. You have to apply inthe link given in the website.If you have 45% marks in class 12with any group of subjects you can apply for appearing in CLAT exam.Thre is 150auestionfir UG CLAT exam.Time duration is 2hrs.1narjs for each correct answer and 0.25,marks is deducted for wrong answers Total marks is 150 for ug clat exam.Admit card should be download from the link for CLAT exam.
Hope this helps.
Read More
Answer

My Name is Adithya I am studying Bcom cs in Swami Vivekananda College(Autonomous) in Mylapore(Chennai) . I want to Study LLB with CS Professional Course can I write CLAT in dec2022

If you are matching with this criteria then you are eligible to give CLAT exam.

how much rank in clat pg exam is required to get admission in nmims mumbai?

NMIMS Mumbai accepts both CLAT and LSAT scores. You can apply through either of them. The selection process, however, is based completely on merit.

For clarity on whether or not you will make it to NMIMS Mumbai with a certain score/rank, use CLAT College Predictor - https://law.careers360.com/clat-college-predictor?utm_source=qna&utm_medium=clat_cp

help in clat pg clg preference list as per my rank

As you have to set your preference of colleges so for that you should first select some colleges and do the complete research about it and check the cutoffs and compare it with the marks you have scored and according to that you should keep your preference first where you have highest chance of securing and after ending the preference with the college where you have least chance of securing admission so doing this you will secure your admission in first or second of counselling itself.

The brochure has been successfully mailed to your registered email

Eboook PDF has been sent to your Email ID successfully