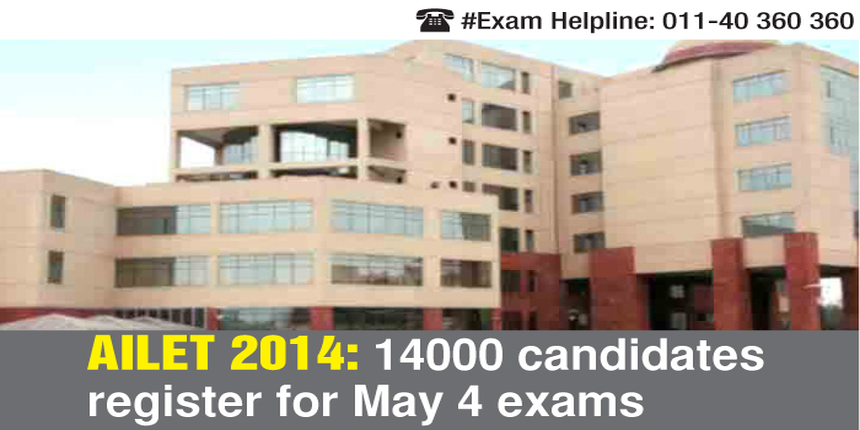 The revised last date of registration for the Law entrance exam had ended on April 15. Earlier, the last date was April 7. AILET exam is the gateway for admissions to the five year integrated B.A. LL.B programme in National Law University, Delhi.

According to NLU Delhi officials, as many as 14120 candidates successfully registered for AILET 2014 exam. An extension of 8 days for AILET registrations might have helped more candidates to register for the exam, they said. In 2013, a total of 12800 candidates took the exam.

While the number of male candidates was 7435, as many as 6685 female applicants registered for the test.

The total number of seats for  B.A., LL.B (Hons.) Degree Programme is 80. Out of the eighty seats, ten seats are for Foreign Nationals.

Taking AILET 2014? How much you are prepared for the All India Law Entrance Exam? "Get your personalized preparation report and improvement plan. Analyze your preparation level with AILET Prepmeter"

Careers360 brings you detailed analysis of registration numbers for AILET 2014.

Stay tuned to law.careers360.com for more news and feature articles on AILET 2014