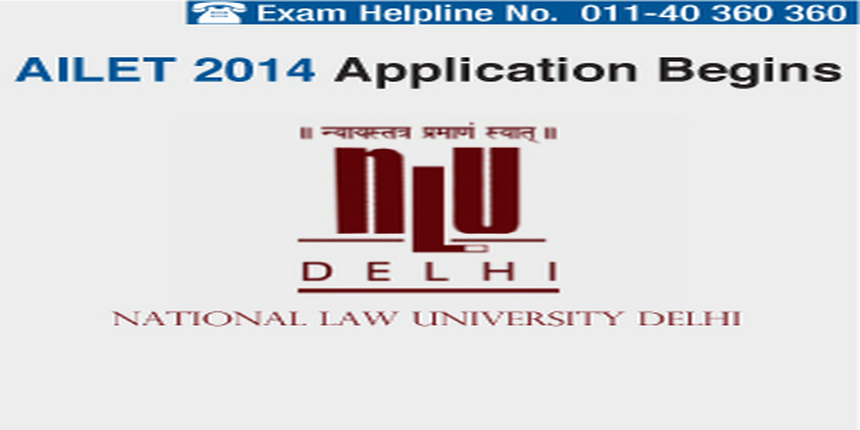 National law University, Delhi has provided both the online as well as the offline mode of applications.

AILET 2014 Online Application Forms are available on the official website.

AILET 2014 Applications are invited for the following law courses:

Candidates are advised to read the information brochure to check the AILET 2014 Eligibility before filling in AILET 2014 Application Forms.

Candidates can apply online by logging into the official website or offline by downloading the Application Form.

General Candidates need to remit Rupees Three Thousand Only (Rs. 3000/- only) for AILET 2014 Online Application Forms and those from the Reserved Category need to remit Rupees One Thousand Only (Rs. 1000/- only). AILET 2014 Application Fees shall be submitted through Demand Draft drawn in favour of “REGISTRAR, NATIONAL LAW UNIVERSITY, DELHI", payable at Delhi.

However the BPL candidates hailing from SC/ST families are exempted from AILET 2014 Application Fees.

AILET 2014 Offline Applications complete in all respects should be sent in person or by Speed Post to address mentioned below:

Note: AILET 2014 incomplete applications in any respect shall be summarily rejected. AILET 2014 Offline Applications shall reach the office address on or before April 15, 2014.

Careers360 will update you regarding AILET 2014 Online Application Forms. Stay tuned with us for AILET 2014.