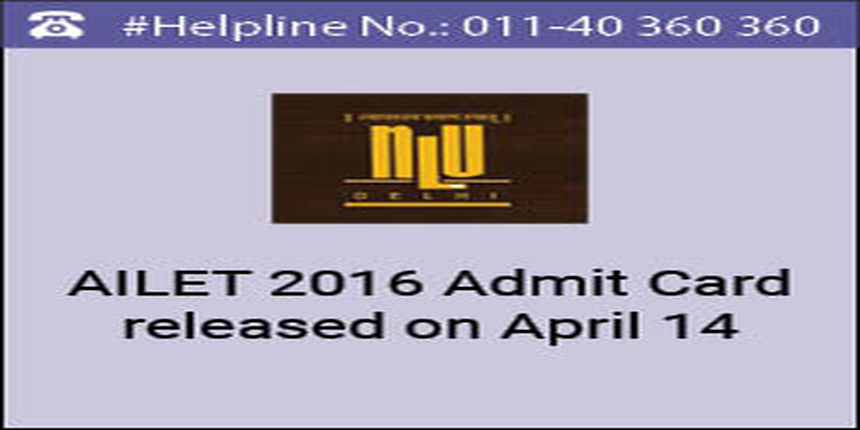 AILET 2016 Admit Card can be downloaded from April 14 as National Law University Delhi (NLU-D) has issued the admit cards. The E-Admit Cards of AILET 2016 will be treated as hall tickets for appearing in All India Law Entrance Test of NLU Delhi. Candidates can download AILET 2016 Admit Cards by entering their Application Number and Date of Birth through the official link available in this page.

NLU Delhi is conducting AILET 2016 on May 1. Check here other Important Dates of AILET 2016.

All India Law Entrance Test (AILET) is conducted by National Law University Delhi (NLU-D) for admissions to as many as 81 seats in five-year integrated law programme. Last year as many as 16215 applicants had registered for AILET.

Stay tuned to law.careers360.com for latest updates, news and feature articles on AILET 2016