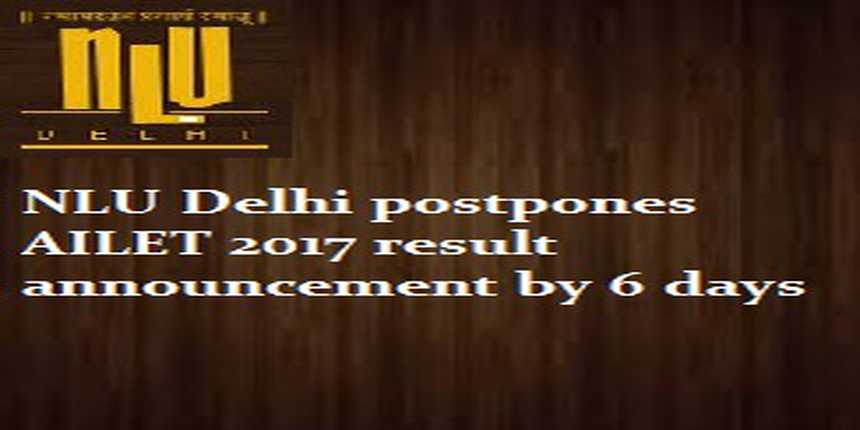 AILET Result 2017 has been postponed by as many as six days as National Law University Delhi (NLU-D) will now be announcing the results of All India Law Entrance Test for BA LLB programme on May 24, 2017. The NLU was to announce AILET Results on May 18, 2017, which however has now been postponed. In an official notification from NLU Delhi, the revised dates were confirmed. “It is notified that the result of AILET 2017 for admission to BA LLB (Hons.) programme will be declared on Wednesday, May 24, 2017 afternoon and the same will be available on the websites,” confirmed Dr G S Bajpai through the official notification regarding AILET 2017 Results. Scroll below to read more about AILET Result 2017.

Further, no other AILET Important Dates 2017 have changed. It is expected that AILET Result 2017 for LLM programmes as well as Ph.D may be postponed.

“The results of AILET for admission to LL.M & Ph.D Programmes will be declared later,” the AILET notification on results reads.

AILET 2017 was held on May 7 for admissions to 83 seats in BA LLB programmes and 20 LLM seats at NLU Delhi.

Stay tuned to law.careers360.com for more news and articles on AILET

Get real-time alerts on exam & colleges at your fingertips with Careers360 App! Click Here to Install or Give a missed call on 08080944727 to get app link