AILET 2017: NLU Delhi publishes answer key on May 11; 2 days given for objection filing 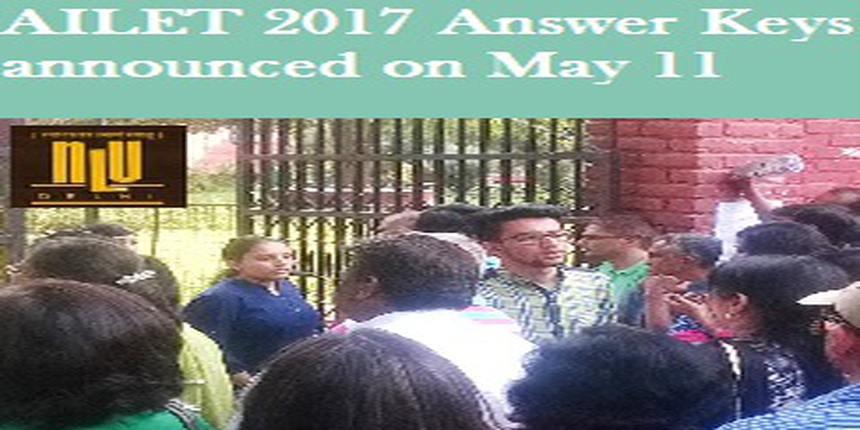 AILET Answer Key 2017 has been published on May 11 at 7:00 pm by National Law University Delhi (NLU-D). AILET 2017 answer key has been released for all programme entrance tests held on May 7, 2017 including BA LLB, LLM and Ph.D. Candidates can download the answer keys of AILET 2017 through the official link given in this page. Further, the candidates are required to file objections against the provisional answer key of AILET within two days and represent it to the AILET admission office located at NLU Delhi by 11:00 pm of May 13, 2017. Read below complete information on AILET answer keys 2017.

NLU Delhi has asked the students to go through the AILET 2017 answer key and in case of any doubt regarding the same, they may write to the NLU Delhi office. “The students who appeared in AILET 2017 are requested to go through the AILET 2017 answer keys and suggestions/ grievances regarding answer key, if any, may be sent to the University at email address- admission@nludelhi.ac.in by 11:00 P.M. on 13th May, 2017,” said Dr G S Bajpai, NLU Delhi Registrar in an official notification of release of AILET answer keys 2017.

Further, the notification undersigned by the NLU Delhi registrar reads, “It is further shared that, the suggestions/grievances received after 11:00 P.M. on 13th of May, 2017 will not be entertained in any case.”

On receiving such suggestions/ representations for AILET 2017 takers, the NLU Delhi will examine them before declaring the result of AILET 2017 and in case there is any rectification, the same will be done and the test takers will be informed about the same.

AILET Answer Keys – Click here to download the answer key of AILET 2017 for all programmes (BA LLB, LLM and Ph.D)

What after AILET Answer Key