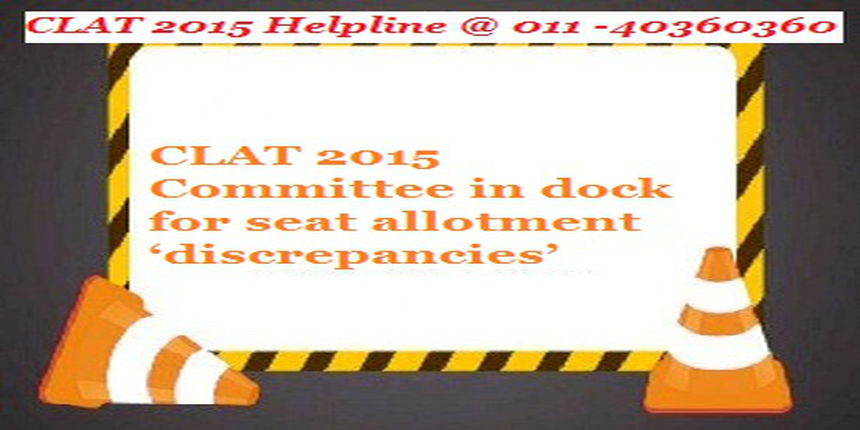 For example, Careers360 has received a complaint from a candidate who had been allotted NLIU Bhopal in the first list. She, however, had locked her choices - Bangalore, Hyderabad, Kolkata, Jodhpur, Bhopal, Lucknow, Raipur and so on. Now, she claims that CLAT 2015 Committee has mailed her about an inadvertent error. Consequently, after rectifying the error, she has been allotted RMLNLU as it was the next NLU of her locked choice. Furthermore, the committee gave her the option of withdrawing from the admission process but there was no option available to ‘upgrade’.

The CLAT committee has, however, claimed that there was some inadvertent error in fist indicative allotment and the same was rectified with change in option for a few candidates. The RMLNLU, the conducting body for CLAT, also communicated the same to the affected candidates.

In the first round of seat allotment, over 1600 candidates were allotted seats at different National Law Universities (NLUs). We publish here one of the many complaints that Careers360 has received since the first round allotment was announced.

A revised CLAT Result was announced on June 6 for over 39772 candidates who had appeared for the national level law entrance exam conducted by Dr. Ram Manohar Lohiya National Law University (RMLNLU). CLAT 2015 is the basis for admission to 2164 seats of BA LLB across 16 NLUs in India.

CLAT 2015: Know how your ranking changed after revised results