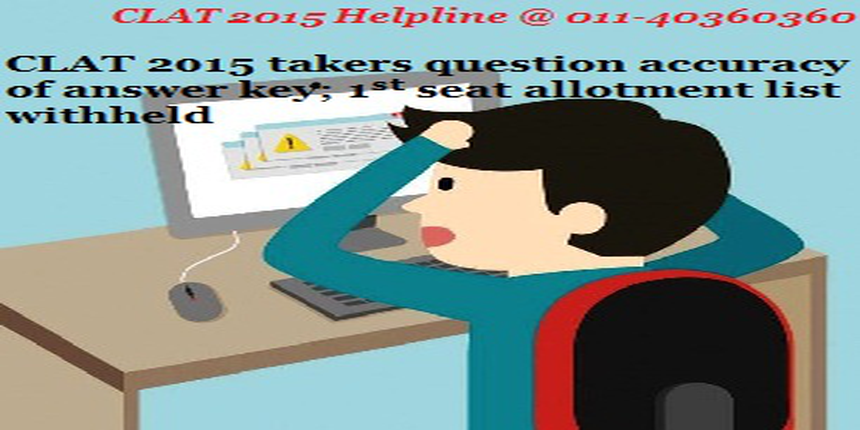 After CLAT 2015 Committee released the CLAT question papers with answer keys, test-takers have questioned the accuracy of the answer key, leading CLAT conducting authority to withhold the first indicative list of CLAT 2015 seat allotment which was scheduled to be declared on June 2.  CLAT 2015 committee had earlier postponed scheduled May 31 announcement of indicative seat allotment by two days, citing some technical problems.

In a fresh notification issued by RMLNLU, CLAT Committee officials, have admitted that after uploading the questions papers and answer keys on official website, they have received representations from several candidates who have doubted the CLAT 2015 Answer Key accuracy. Subsequently, an expert committee has been formed to look into this matter. Dr. J.D. Gangwar, CLAT 2015 Convener said, “Taking into contingence the representations from the CLAT 2015 test-takers, an expert committee has been constituted to look into this matter.”

After the declaration of CLAT 2015 results on May 20, test takers had alleged discrepancies in the evaluation and ranking process of the most coveted law entrance exam and approached Allahabad High Court demanding release of CLAT question papers. Subsequent to the petition filed on May 25, the High Court had also sought response from RMLNLU in this matter within four weeks. The next HC hearing is scheduled on July 9, 2015.