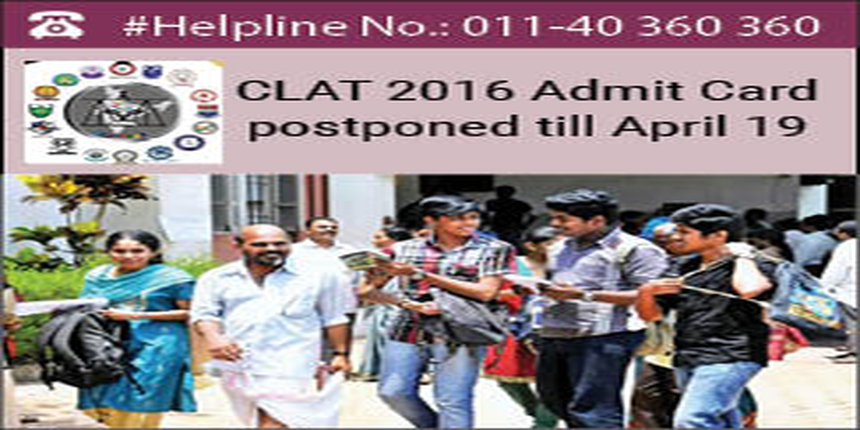 CLAT 2016 Admit Cards will be downloaded from April 19 as the exam committee has postponed the date of issue of admit card from that of original of April 15, 2016. The CLAT Committee has said that the date has been changed due to the five-day extension of application forms.

Check here to know how to download CLAT 2016 Admit Card

Rajiv Gandhi National University of Law Patiala (RGNUL Patiala) is conducting CLAT 2016 on May 8 for admissions to undergraduate and post graduate law programmes in as many as 17 National Law Universities (NLUs).

Common Law Admission Test (CLAT) is the most sought after national level law entrance exam conducted every year for shortlisting candidates for as many as 2342 seats distributed among the 17 participating NLUs.