Moreover, the results of CLAT 2016 were displayed for duration of 40 minutes in the evening of May 22, 2016, due to some technical errors. 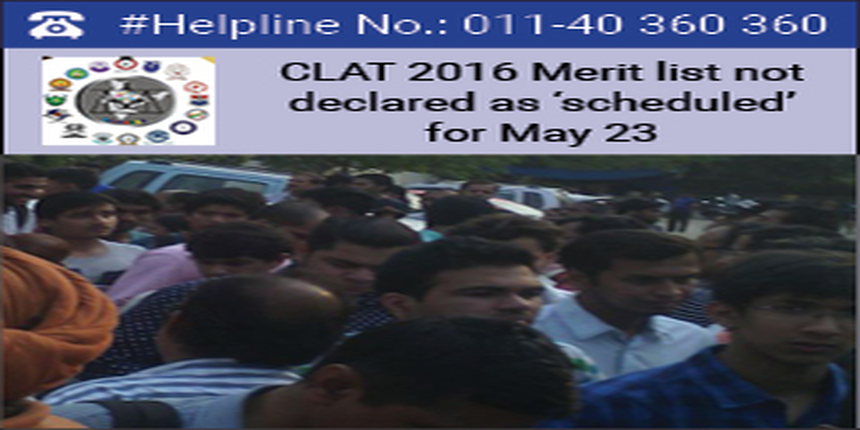 Careers360 has sought inputs from CLAT Convener for the delay in release of CLAT 2016 Merit list.

Earlier on May 19, after Careers360 had reported the ‘out of syllabus’ VR question in CLAT 2016, the exam committee on common law admission test had scrapped the question; and also corrected an answer key after feedback from CLAT takers.

If you have downloaded your CLAT 2016 Score Card, check here the list of NLUs that you can go for by using CLAT 2016 College Predictor.

CLAT is Common Law Admission Test conducted by an NLU among the 17 participating NLUs in rotation to the year of establishment. This year the law admission test is conducted by RGNUL Patiala for a total of 2252 undergraduate law seats which was appeared by 37176 candidates.

Stay tuned to law.careers360.com for more news and updates on CLAT 2016