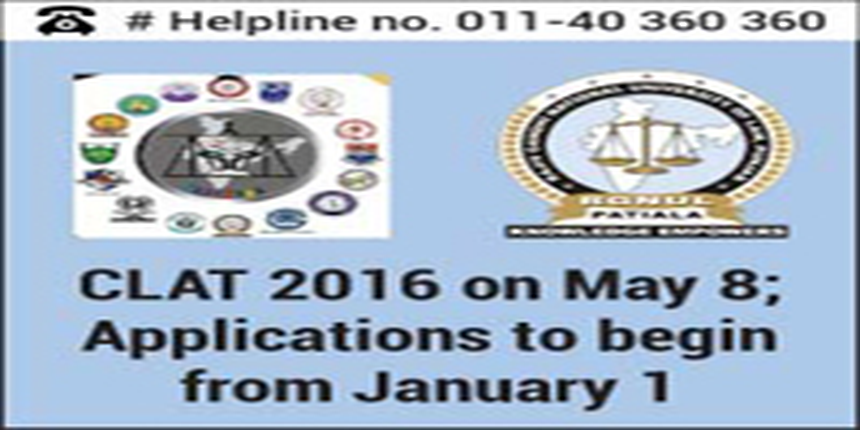 Rajiv Gandhi National University of Law Patiala (RGNUL Patiala) will be conducting CLAT 2016 on May 8. The applications for CLAT 2016 shall begin from January 1, 2016. In an exclusive interview with Careers360, CLAT 2016 Convener, Dr. G.I.S Sandhu informed about Common Law Admission Test (CLAT).

RGNUL Patiala Registrar and CLAT 2016 Convener, Dr. G.I.S Sandhu said, “CLAT 2016 shall be held on May 8 for admissions to 17 National Law Universities. Candidates can fill CLAT 2016 Applications in online mode between January 1 and March 31.”

The Convener also said that a new NLU has been added to CLAT 2016 Committee. “Maharashtra National Law University, Mumbai (MNLU) is the new addition to CLAT Committee for the admission year 2016,” informed Dr. Sandhu.

He also said that RGNUL Patiala has started making necessary arrangement for the conduct of CLAT 2016 for admission to Under-Graduate and Post-Graduate Courses of Law. He said, “The first step in this direction was holding of meeting of CLAT Core Committee held on November 17 at RGNUL Campus, Patiala. At this meeting, the Vice-Chancellors of member National Law Universities participated. Various matters regarding modalities and tentative schedule for conduct of CLAT 2016 have been worked out.”

The Convener also informed that the number of test centres and cities for conducting CLAT 2016 will be decided later on as last year there were 173 test centres in 52 cities of India.

CLAT 2016 to be conducted by RGNUL Patiala; writ petition pending in SC