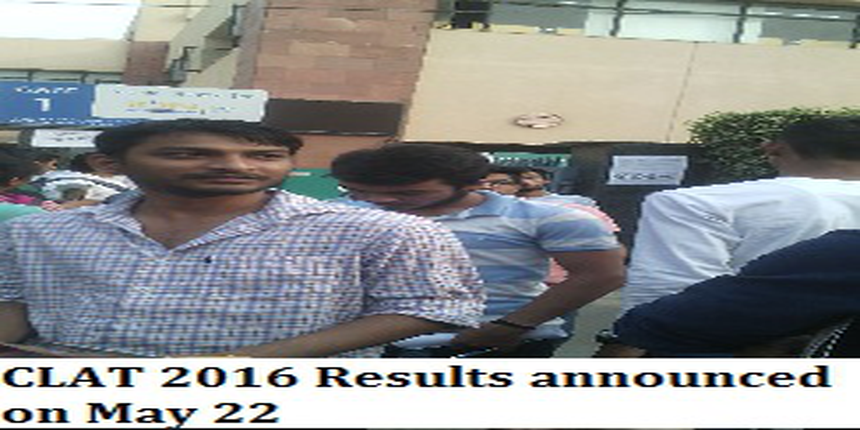 CLAT 2016 Results have been announced by Rajiv Gandhi National University of Law (RGNUL) Patiala on May 22, a day in advance to the scheduled date of declaration of the same. The results of Common Law Admission Test (CLAT) 2016 were earlier scheduled to be announced on May 23, 2016. CLAT committee has announced the All India Rank of CLAT takers along with their category rank and overall scores in the CLAT 2016 Score (Result) Card.

CLAT takers can download their score cards of CLAT 2016 through the official window of CLAT Result 2016 available in this page below as the same is not available now in the official website. The score card also mentions name of candidate, father’s name, roll number, application number along with CLAT All India Rank of candidates.

After a question was withdrawn from the CLAT paper, the final evaluation was done on the basis of 199 questions only. Earlier on May 19, CLAT 2016 exam Committee had scrapped a visual reasoning question which was out of syllabus; and also corrected an answer key after feedback from CLAT takers. “The Question with ID No. 2185952598 pertained to visual reasoning in the Section of Logical Reasoning. Guidelines in the CLAT Brochure page 4 states– Visual Reasoning will not be tested. Therefore, this question has been decided to be withdrawn. The performance of all the candidates shall be evaluated out of 199 questions rather than 200 questions. The answer key pertaining to Question ID No. 2185952542 has been corrected as there was a typographical error in the answer. The correct option for this question is ‘B’ has not abetted ‘A’ to kill ‘C’. There is no other change in the Answer Key.”

Careers360 had reported the out of syllabus question in CLAT 2016.

CLAT is Common Law Admission Test conducted by an NLU among the 17 participating NLUs in rotation to the year of establishment. This year the law admission test is conducted by RGNUL Patiala for a total of 2252 undergraduate law seats which was appeared by 37176 candidates.