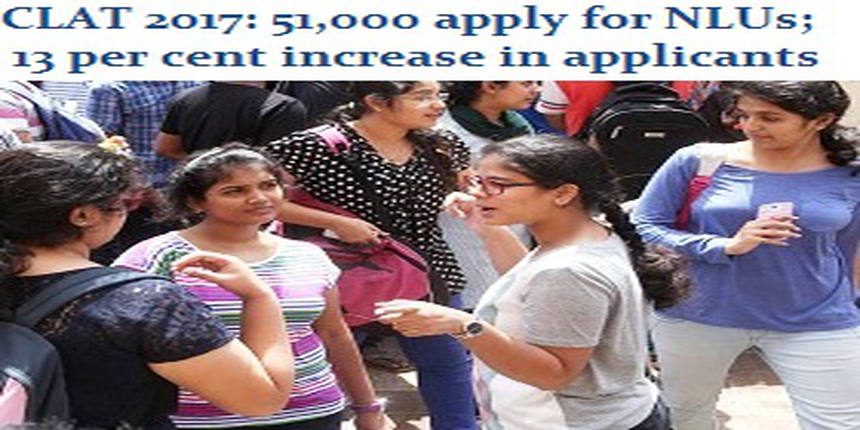 CLAT 2017 has recorded over 13 per cent increase in number of applications from the last year. CLAT 2017 Convenor, Dr A Laxminath exclusively told Careers360 that around 51,000 aspirants have applied for the Common Law Admission Test. Last year, a total of 45,041 candidates had registered for the online national-level law entrance test. CLAT application process began on January 1 and was closed on March 31, 2017, with the payment of fees and application submission.

Dr A Laxminath shared, “As of now, around 45,000 candidates have applied for CLAT UG programme and 6,000 for the PG programme.” Even as he says, “The state-wise and gender-wise application numbers will be declared soon.”

The CLAT Convenor also said that the number of applications rose exponentially after the Supreme Court stayed BCI’s age bar in the first week of March 2017. In the light of the SC stay order, students who are above 20 years of age in case of General/ NRI/ NRI sponsored category and above 22 years of age in case of SC/ ST/ OBC/ SAP category as on July 1, 2017 were allowed to apply for the undergraduate programmes through CLAT 2017.

Chanakya National Law University, Patna is conducting CLAT 2017 on May 14 in a total of 63 examination centres across India.