CLAT 2017 eligibility criteria is likely to be changed as Bar Council of India (BCI) revives age restriction for admissions to five-year integrated law programmes. The age bar for admissions in the UG law programmes through Common Law Admission Test (CLAT) is expected to be fixed to 20 years, following an official notification by the bar council.

The maximum age limit is expected to be fixed for every law entrance examination conducted in India including AILET, as the BCI has sent a letter to all the universities, earlier in September. 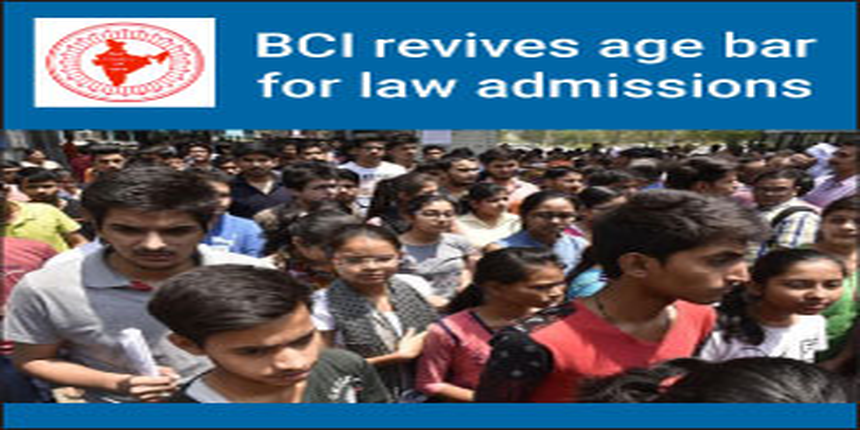 The BCI officials had sent a notification to Vice Chancellors and Registrars of all universities including NLUs for reviving of age restriction for the UG law programmes. “As per Clause 28 of Legal Education Rules, 2008, the upper age limit for LL.B five years course is 20 years in case of general category candidates and 22 years that for applicants from SC, ST and other backward communities,” read the BCI notification.

Moreover, the law examination regulatory body has revived the age bar for admissions to LL.B programmes as well. The applicants of LL.B entrance examinations like DU LLB need to be less than 30 years of age, if they belong to General category candidates and that for SC, ST and OBC categories, less than 35 years.

What made the BCI to restore age bar?

BCI has restored the age limit for three-year LL.B and five-year LL.B programme after Madurai bench of Madras High Court held that the BCI’s earlier decision regarding withdrawal of Clause 28 of the Legal Education Rules was not appropriate.

The bar council has also challenged the Madras HC’s order in the Supreme Court, which however, was dismissed by the apex court.

The law applicants who will be applying for the undergraduate law exams including CLAT 2017 and AILET 2017 will be left distressed, as the BCI’s revision of age bar will affect them drastically.

“I have taken a year drop as am vying for CLAT 2017 but it seems that it is the last time I’ll be allowed to appear for CLAT as BCI puts the age bar,” says Manasi, a 19 year old law aspirant.

The applicants who have taken drop for last one year or two, have been preparing for the national law exams with an air of insouciance as there were no maximum age limits. But now as the BCI has asked all the universities to revive the age bar for law admissions, they won’t be able to apply for any of the law entrance exams even the state law exams like MH CET Law, AP LAWCET and TS LAWCET.