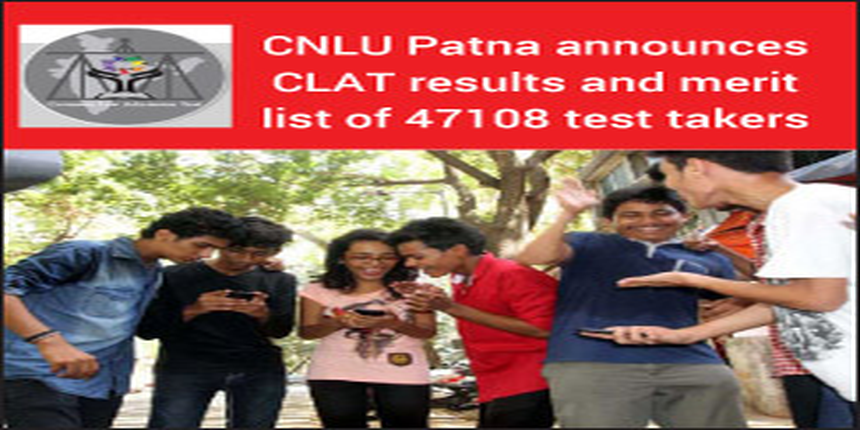 CLAT result 2017 have been announced on May 29 as Chanakya National Law University (CNLU) Patna has published CLAT 2017 merit list mentioning the scores and rank secured in Common Law Admission Test. The NLU Patna has announced CLAT 2017 result of as many as 47,108 test takers. “The result of CLAT 2017 has been announced today, as scheduled along with the CLAT merit list. The first indicative seat allocation list based on merit-cum-preference is to be announced on 5th of June, 2017,” informed Dr S P Singh, Co-Convenor CLAT 2017 while talking to Careers360 on CLAT result 2017.

According to the CLAT Result, Rajat Maloo of Jaipur has bagged AIR 1 scoring 154.25 marks in CLAT 2017. Vihit Ashish Shah of Maharashtra with a total score of 150.25 ranks second, closely followed by Radhika Sharda who scored 148.5 to bag AIR 3 in CLAT 2017. The fourth position in CLAT 2017 has been secured by Sumit Kumar Gupta who scored 147.5 marks as per the CLAT results 2017.

CLAT Result: How to check scores and rank

What after CLAT result

Now as the results of CLAT 2017 have been announced, the candidates can download their score-card/ rank card. The CLAT Committee will be publishing an indicative list of CLAT seat allotment for counselling of CLAT 2017, based on merit-cum-preference as provided by the candidates.

Stay tuned to law.careers360.com for latest news and updates on CLAT