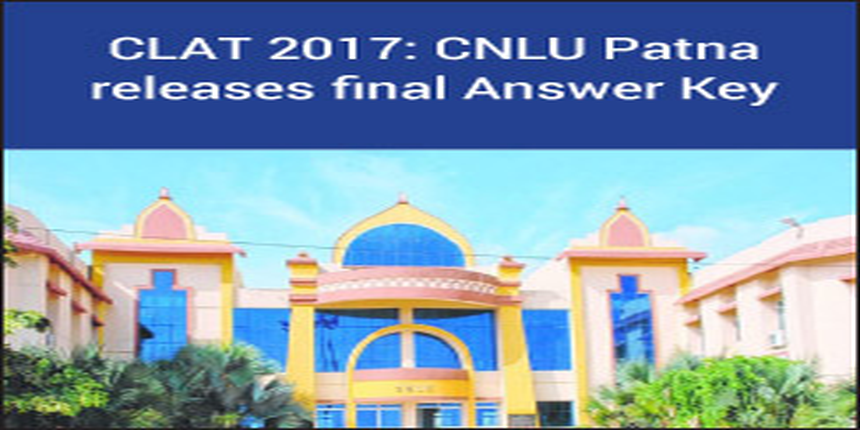 The CLAT 2017 Answer Key has been released by the Chanakya National Law University (CNLU) Patna on May 25. The Answer Key of CLAT 2017 was released in online mode on the scheduled date, however the notification regarding the same was issued by the University only on May 26. Many students were left confused upon accessing the official CLAT 2017 website which still displayed the old notification claiming that the CLAT Answer Key would be released on May 25 after 10 pm. The CNLU officials have however informed Careers360 that the CLAT 2017 Answer Key was “uploaded before time in the individual login IDs of the registered candidates”.

As stated by the officials, candidates can download the official CLAT 2017 Final Answer Key from their login accounts created at the time of applying for the Common Law Admission Test which was held on May 14. The provisional Answer Key of CLAT 2017 was released by CNLU Patna on May 16. Candidates will be able to see and confirm the correct answers marked by them in the law exam with the help of the CLAT 2017 Answer Key. As no further changes will be made to the final tally of correct answers as reflected in the revised CLAT Answer Key 2017, candidates will also be able to ascertain their final scores from it. The CLAT 2017 Result will be released on May 29.

A day after CNLU Patna published the CLAT 2017 Answer Key and Question Paper on May 16, 2017, CLAT 2017 takers had raised multiple doubts regarding some answers even as experts have claimed the presence of many erroneous questions and answer key discrepancies. As per the University, these have been taken into account while publishing the final answer key of CLAT 2017.

Read the latest news and articles on CLAT at law.careers360.com!