CLAT 2017 Answer Key has been published by CNLU Patna in online mode on May 16. The Provisional Answer Key of CLAT 2017 has been released on the evening of the scheduled date, two days after the Common Law Admission Test was held on May 14. The CLAT Answer Key 2017 can be downloaded by law aspirants through their registered login accounts on the official CLAT website. The Answer Keys for both the undergraduate and postgraduate programmes offered by the participating NLUs and other law colleges in CLAT 2017 will be released in two phases, with this being the provisional phase. The response sheet of each candidate has also been released with the Answer Key of CLAT and a candidate can download it from the same CLAT Answer Key official link given on this page. Once candidates download and save the CLAT Answer Key 2017, they will be able to check the key for discrepancies and file their objections, if any, between May 17 and May 19. The final CLAT 2017 Answer Key will be released by CNLU Patna on May 25, after all the objections against the provisional Answer Key of CLAT 2017 have been taken into account.

Candidates can read on this page all the detailed information about the release of CLAT 2017 Answer Key including how to download and importance of the key. 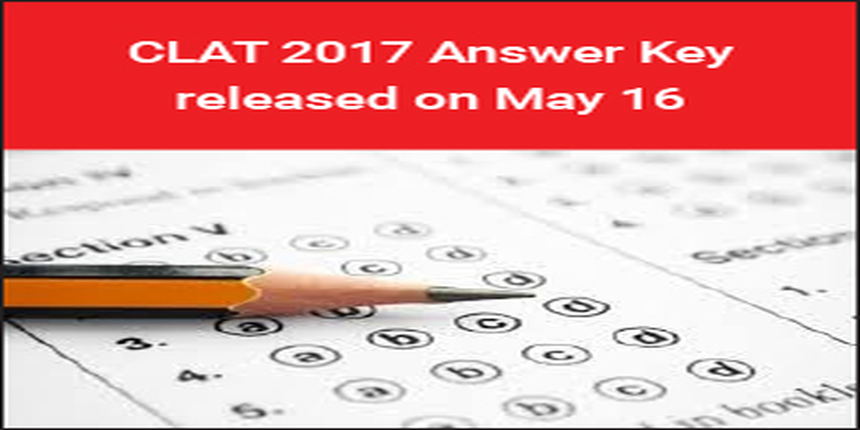 1)       Candidates can download the Answer Key of CLAT 2017 from the official link given below.

2)      On the official CLAT 2017 Answer Key page that opens, candidates should enter with their registered email ID and password in the given fields.

3)      The final step is to click on the Login button after which the candidate’s provisional Answer Key and Response Sheet for CLAT 2017 will be available for download in PDF format.

4)     Candidates should save a copy of the same and check the file thoroughly for any discrepancies. If any are found, objections can be filed with the CLAT authorities within the given window of May 17 to May 19.

How will CLAT 2017 Answer Key and Response Sheet be useful for candidates?

The final Answer Key of CLAT 2017 will be released on May 25 while the CLAT 2017 Result will be declared after four days by CNLU Patna on May 29.

Check out law.careers360.com for the latest news and updates on CLAT!