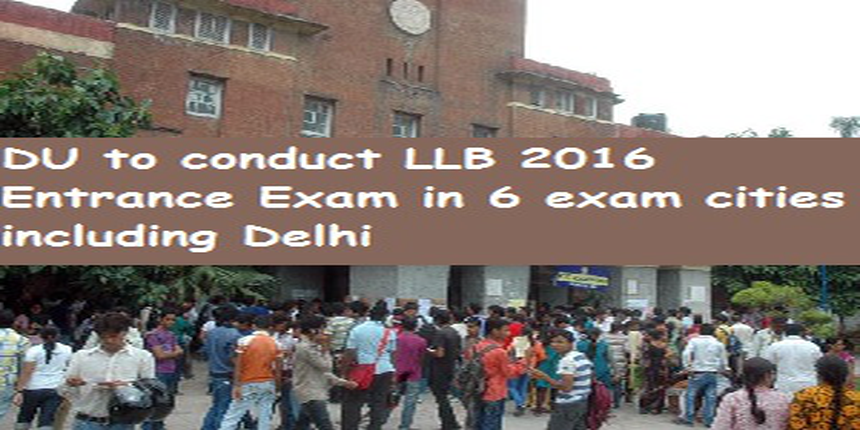 In a first, Delhi University will be conducting DU LLB 2016 Entrance Exam in as many as 5 cities of India, besides national capital where the central university is located, thus bringing convenience to DU law aspirants from far southern, western and eastern regions of India. Earlier, DU law aspirants had to appear for the entrance exam in Delhi only. The test cities outside Delhi include Ahmedabad, Chennai, Jammu, Kolkata and Varanasi.

The decision has been taken by a standing committee of DU Admission Council comprising 18 members. “The other five centres are Ahmedabad, Chennai, Jammu, Kolkata and Varanasi,” said one of the committee members.

The University admission committee also plans to finalize the registrations by May 15, 2016 and DU LLB 2016 Entrance Exam along with other PG entrances will be conducted in the first week of June. However, there is no official announcement over beginning date of the applications. Aspirants will have to fill DU LLB 2016 Applications in online mode only. The application fee for DU LLB 2016 Entrance Exam as well as other PG programmes will be Rs. 500 for General and OBC candidates and Rs. 250 for SC/ST and other reserved categories including PwD.

As per the University records, nearly 110570 candidates had applied for the PG programmes in the admission years 2015.