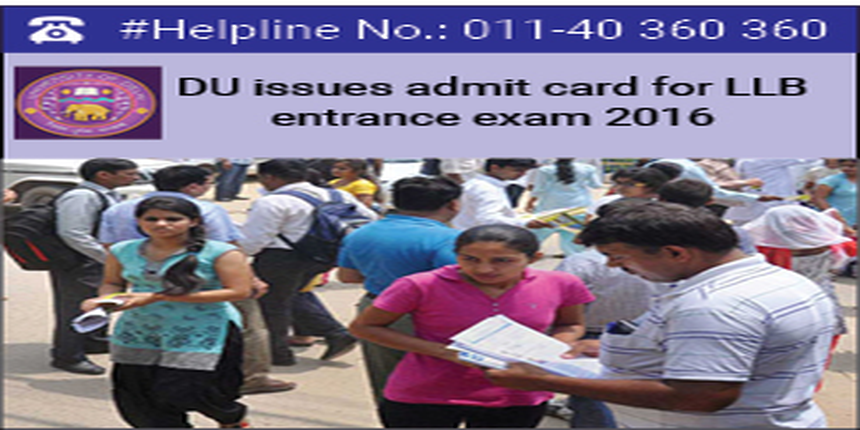 The admit card of DU LLB 2016 entrance exam is available in online mode only and there is no other medium for  sending DU LLB 2016 admit card as per the official notification of the University.

The University of Delhi has notified that no candidate in any case shall be allowed to appear in DU LLB 2016 entrance examination without a valid admit card of DU LLB 2016 along with an identity proof.

Moreover, the University notifies that candidates need to leave the space provided for signature, blank as they can only sign it before the invigilator in the examination hall of DU LLB 2016. Scroll down to know how to download the admit card of LLB entrance exam.